A world of wonders

The Republic of Zimbabwe was once ruled by the British. It is in Southern Africa and is made up of ten provinces. Botswana is next to South Africa, Mozambique, Zambia, and Botswana. Mashonaland East, Harare, and Manicaland are the most important provinces. With an area of 390,757 square kilometers, Zimbabwe is the 26th largest country in Africa. It has a mostly tropical climate that is tempered by its high altitude. Most of the land is made up of high plateaus, and there are mountains to the east. The total number of people is over 14.2 million. Harare is the country's capital. It also has the most people, with 2.1 million people living there. Bulawayo, Chitungwiza, and Mutare are also important cities in the country. Robert Gabriel Mugabe International Airport is the biggest airport (HRE). About 700,000 people use it as a passenger route each year. It links the country to places in Africa and the Middle East.

In 1964, Zimbabwe got its freedom from Britain. Its culture is a mix of old traditions and European history. Christianity is the most common faith in the country. Shona, Ndebele, English, and 13 official minority languages are the official languages of the country. The legal system is a mix of Roman-Dutch civil law, English common law, and customary law. A presidential republic is the type of government. The President is the head of state and government. He was chosen by the people. Every five years, there are elections, and the president is chosen directly by a majority vote.

The country's official currency is the Zimbabwean dollar (ZWD). Due to hyperinflation in recent years, the currency was replaced and the country is now using the USD. Zimbabwe's economy is open, and it has a GDP of about $41 billion. This makes it Africa's 27th biggest economy. It has a $2,621 income per person. Services, industry, and agriculture are the main sectors that add to the GDP. Coal, gold, platinum, wood products, tobacco, corn, and cotton are all important goods that are sent abroad. Most of the economy comes from farming and mining. 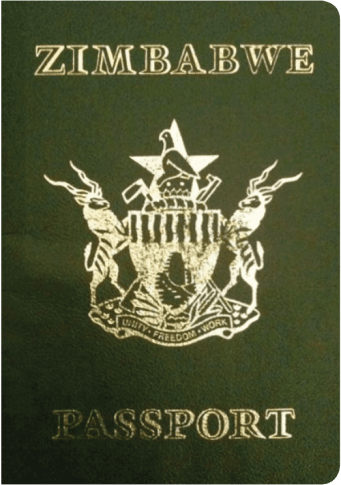