One Country, Many Destinations

Yemen's republic is divided into 22 governorates. It is located in the Middle East and shares borders with Oman, Saudi Arabia, and the Gulf of Aden. Aden, Taiz, Sanaa, and Hadhramaut are the most important governorates. The overall size of the country is 555,000 square kilometers. A coastal plain, steep mountains, and desert characterize the topography in the interior. It has a desert environment in general, with a mild climate in the western mountains. There are more than 28.4 million inhabitants in the country. Sanaa, the country's capital and most populated city, has a population of over 2.5 million people. Sanaa International Airport is the largest (SAH). The airport is named after the country's capital. It offers extremely limited flight connections around the Middle East due to the continuing war in Yemen.

Islam is the dominant culture in Yemen. Arabic is the official language. Sharia, Napoleonic, common, and customary law combine to form the legal system. The government structure is currently undefined and in flux. Regional governments exist in each area, reporting to the central government in Sanaa. The chief of state and the head of government both have a seven-year tenure.

The Yemeni rial is the official currency (YER). The country has an open economy, with a gross domestic product of $733 billion dollars. The average household income is $2,380. The services and agriculture sectors generate the majority of the country's GDP. Most commercial activity have come to a halt as a result of the ongoing war, and export is only possible in restricted quantities. In order to improve the country's overall economic status, it primarily relies on international help.

Yemen is still in its infancy when it comes to tourism development, despite the fact that it boasts a variety of natural and culturally unique things for visitors to enjoy. Given the hostile situation in the last 10 years, it is a difficult country for tourists to visit. There are four UNESCO world heritage sites located around the country. Socotra Island, Qalansiya Beach, the capital Sanaa, the Al Saleh Mosque, Jabal Haraz, the Thula Village, and Seiyun Palace are the most popular tourist spots. Sanaa, the capital, also has a number of museums and exhibitions dedicated to the country's history and natural beauty. 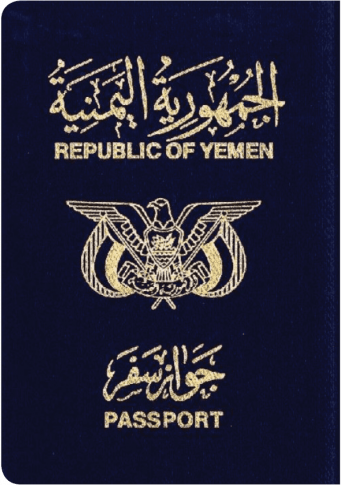 According to the SovSpot Passport Ranking Index, the Yemeni passport presently ranks 107th. It is regarded as the world's sixth-lowest-ranking passport. Only 34 countries offer visa-free entry to Yemeni passport holders, including Togo, Dominica, Madagascar, and the Seychelles. A Yemeni passport holder is required to obtain a visa for 195 places before traveling. That is why the Passport Ranking ranks so low on the overall global mobility scale. Yemenis must apply for a visa in advance for key locations such as the United States and the European Union. Applicants must show documentation such as evidence of funds and a return airline ticket when applying for a visa.