The island nation of Vanuatu is divided into six provinces. Shefa, Sanma, and Malampa are the most important. The country is located east of New Guinea and northeast of New Caledonia in Oceania, in the South Pacific Ocean. It covers an area of 12,189 square kilometers in total. The country is made up of 83 islands, only 65 of which are inhabited. The topography of Vanuatu is made up of volcanic mountains and thin coastal lowlands. It has a tropical climate that is mitigated by trade breezes. The population is estimated to be around 307,815 people. Port Vila, the country's capital and most populated city, has a population of roughly 50,000 people. Luganville and Isangel are two other prominent cities. Bauerfield International Airport (VLI), the country's largest and only international airport, is also home to national airline Air Vanuatu. The airport connects to locations throughout Australia and the area.

Vanuatu is governed by old traditions, with European conquerors having had little influence. Protestantism has the biggest percentage of adherents. Bislama, English, and French are the official languages. The legal system in Vanuatu is a hybrid of English common law, French law, and customary law. A parliamentary republic governs the country. Every five years, elections are held.

The Vanuatu vatu (VUV) is the official currency. The country has an open economy, with a GDP of about $820 million, making it Oceania's seventh largest economy. Its residents have a $2,850 per capita income. The services and agriculture sectors account for the majority of GDP. Agriculture remains vital because it feeds over two-thirds of the world's population. Vanuatu has no natural resources or oil, thus the government's only sources of revenue are foreign aid, fish exports, and taxation.

Tourism is vital as well, but it has recently slowed owing to natural calamities. Vanuatu offers a wide range of natural tourism opportunities. It's noted for its beautiful beaches, natural surroundings, and island traditions. Mount Yasur Volcano, Port Villa, Luganville, Malekula, Oyster Island, and Champagne Beach are just a few of the key attractions. Fishing, scuba diving, watersports, surfing, and hiking are the most popular tourist activities. Every year, roughly 116,000 tourists visit the island nation, the bulk of which are from New Zealand and Australia. 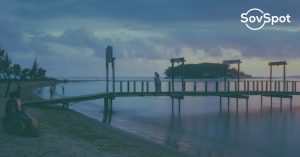 The fastest citizenship by investment program in the world is offered by Vanuatu. It is also one of the least expensive at a minimum investment 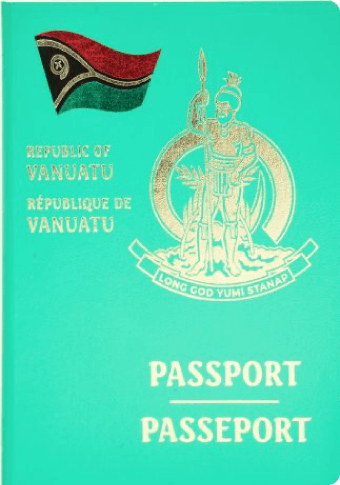 According to the SovSpot Passport Ranking Index, the Vanuatu passport is now ranked 41st. It allows anyone to travel to 132 countries without needing a visa. As a result, it has a good total mobility score. Visa-free travel and visa-on-arrival are available to Vanuatu passport holders in countries such as Singapore, Russia, the Bahamas, Malaysia, and the European Union. This enables for almost instantaneous travel opportunities all around the world. Visas are required for inhabitants of Vanuatu to enter 97 countries. Taiwan, the United States, and Australia are among the countries that require a visa.