The landlocked Republic of Uzbekistan is divided into 12 regions and was a former Soviet republic. The country shares borders with Turkmenistan, Afghanistan, Tajikistan, Kyrgyzstan, and Kazakhstan in Central Asia. Samarqand, Fergana, and Qashqadaryo are the most important regions. The country of Uzbekistan covers a total size of 448,978 square kilometers. This places it as Asia's 16th largest country. The landscape is largely flat sandy desert, with mountains to the east. The climate is arid continental, moderate in the north, and subtropical in the south. Over 33.5 million people live in the country. Tashkent, the country's capital and largest city, with a population of more than 2.5 million people. Samarqand and Fergana are two other large cities. With 3 million passengers per year, Islam Karimov Tashkent International Airport (TAS) is the largest airport in the country. This makes it Central Asia's third-largest airport. It is named after Islam Karimov, the former president of the Uzbek Soviet Socialist Republic. TAS airport serves most Russian-speaking nations, as well as Germany, Korea, and the Middle East.

Over thousands of years, Uzbekistani culture has grown and intermingled. Islam is the most widely practiced religion in the country. Uzbek is the official language. Civil law is the legal system. An authoritarian presidential republic is the government type. Every five years, presidential elections are held, with the president being elected directly by absolute majority.

The Uzbekistani so'm (UZS) is the country's official currency. The country's economy is run by the government, and its GDP is estimated to be at $275 billion. The per capita income of its residents is $9,595. The GDP is mostly composed of three primary sectors: services, industry, and agriculture. Because the government regulates agricultural output, cotton is a major priority, and it is the fifth largest cotton exporter in the world. The administration is attempting to push for reform in order to attract international investment, but has so far been ineffective.

Uzbekistan is a tourist destination that is still developing. It has a wide range of tourist locations and attractions, both urban and nature. There are five UNESCO world heritage sites in the country. Samarkand, Bukhara, Khiva, Shahirzabz, the capital Tashkent, and the Fergana Valley are just a few of the prominent locations. Every year, roughly 5 million tourists visit the country, with the majority of them coming from neighboring nations. 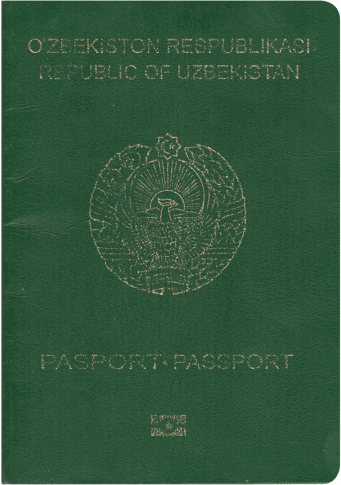 According to the SovSpot Passport Ranking Index, the Uzbekistani passport is presently ranked 84th. It allows visa-free travel to 60 countries. As a result, it has a low total mobility score. Visa-free travel and visa-on-arrival are available to Uzbekistani passport holders in countries such as Russia, Turkey, Ukraine, and Indonesia. Visas are required for Uzbekistani natives to visit 169 countries across the world. The United States, the European Union as a whole, India, and Japan are among the countries that require a visa ahead of time.