Uruguay's Oriental Republic is divided into 19 departments. Montevideo, Canelones, and Maldonado are the most important departments. The country is located in South America and shares borders with Argentina and Brazil. With a surface size of 176,215 square kilometers, Uruguay is the second smallest country in South America. It has a temperate climate, with warm summers and pleasant winters. Rolling plains, low hills, and lush coastal land characterize the landscape. It is the tenth largest country in South America, with a population of about 3.5 million people. Montevideo, the country's capital and most populated city, with a population of over 1.7 million people. Salto and Ciudad de la Costa are the next cities on the list. Carrasco International Airport (MVD) is the busiest, with 2 million passengers per year. Uruguay's airport serves destinations in South America, North America, and Europe.

Uruguayan culture is dominated by European descent, with South European traditions. In most of the country, there is a multi-cultural and religious mix, with Roman Catholicism predominating. Spanish is the official language. The Spanish Civil Code governs the legal system. A presidential republic is the government type. The elected President serves as both the president of state and the head of government.

The Peso Uruguayo (UYU) is the official currency. The country has an open economy, with a GDP of $86.5 billion, making it the Latin American country with the 15th largest economy. It has a per capita income of $24,516 dollars. The GDP is primarily composed of two primary sectors: services and industries. Electrical machinery, petroleum, textiles, cellulose, meat, and soybeans are among the most important export items.

Uruguay is recognized for its gorgeous coastline and great natural beauty. A total of two cultural UNESCO world heritage sites are located in the country. Montevideo, Punta del Este, Colonia del Sacramento, Punta del Diablo, Cabo Poonio, and Casapueblo are just a few of the important destinations. Every year, approximately 3.2 million tourists visit the country, the bulk of whom are from North and South America. Uruguay is one of the most visited countries in South America as a result of this. 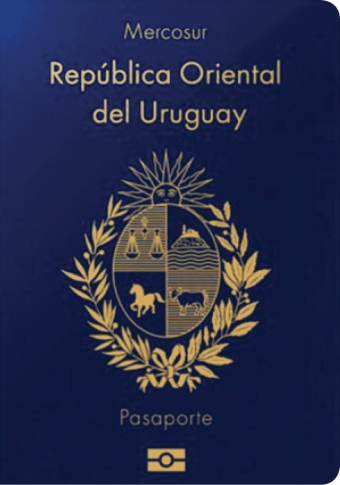 Uruguay also called the 'Switzerland of South America'. It is an amazing country that offers a lot to its residents. The Uruguay residency requirements are not very difficult to meet, and the benefits of Uruguay residency are many. Uruguay offers a low cost of living, a high quality of life, and a stable political environment. It is also a safe country with a low crime rate. Uruguay has a strong economy and is a great place to live and work. There are many opportunities for investors in Uruguay, and the government is very supportive of foreign investment. Uruguay is an excellent choice for those looking for an investment-friendly residency option.

According to the SovSpot Passport Ranking Index, the Uruguayan passport is presently ranked 26th. It allows entrance to 157 countries without requiring a visa. It is one of the most sought-after passports in the world because to its high mobility score. Visa-free travel and visa-on-arrival are available to Uruguayan passport holders in countries such as the United Kingdom, United Arab Emirates, Russia, and the European Union as a whole. This enables for almost instantaneous travel opportunities all around the world. Uruguayan passport holders, on the other hand, need a visa to visit around 72 countries around the world. China, India, and the United States are among the countries that require visas.