The United Kingdom of Great Britain and Northern Ireland is an island nation in Western Europe bordering Ireland and the North Sea. It is made up of twelve districts. Greater London, the North West, and Wales are the most important regions. The United Kingdom is Europe's 11th largest country, with a surface size of 242,495 square kilometers. It has a moderate climate with pleasant winters and mild summers. There are over 67.8 million inhabitants in the country. London, the country's capital and most populated city, with a population of 8.9 million people. Birmingham, Leeds, and Glasgow are also prominent cities. Heathrow Airport (LHR) is the busiest airport, with over 80,8 million passengers per year, followed by London Gatwick (LGW) with over 46 million. LHR is Europe's busiest airport, with flights to locations all over the world.

British culture is dominated by a mash-up of languages and cultures that date back to the country's empire days. The Christian faith is practiced by the vast majority of the population. English is the country's official language. The common law system governs the legal system. A parliamentary constitutional monarchy is the government type, with Queen Elizabeth II as the head of state. The Prime Minister is in charge of the government. Every five years, elections are held.

The British Pound (GBP) is the country's official currency. The country has an open economy, with a GDP of around $3.1 trillion, making it the world's ninth largest economy. Its residents have a $46,827 per capita income. The GDP is primarily composed of two primary sectors: services and industries. Machine tools, power equipment, aircraft, motor cars, metals, grains, potatoes, and vegetables are among its principal exports.

The United Kingdom has a wide range of tourist locations and attractions, both urban and nature. Due to its international history, it is noted for its gorgeous medieval towns and diverse cultural elements. Stonehenge, the Tower of London, the Roman Baths, the British Museum, the Chester Zoo, the Lake District National Park, and Warwick Castle are just a few of the significant attractions. There are 32 UNESCO world heritage sites in the country. Every year, approximately 38 million tourists visit, the bulk of whom are from the United States and Europe. The United Kingdom is the world's tenth most visited country. 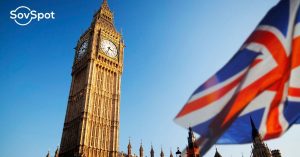 Obtaining UK Citizenship Through Ancestry is going to get simpler

Tens of thousands more people will be eligible for British citizenship as a result of these legislative reforms. Learn more here. 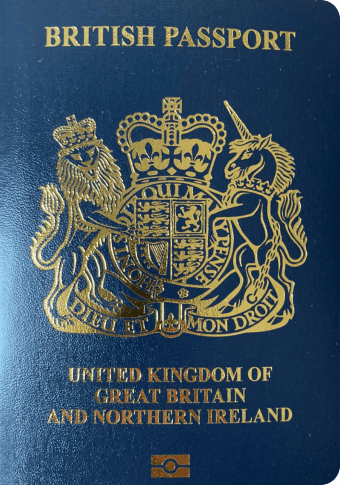 The United Kingdom's Tier 1 Investor Visa program was closed down in December of 2019. The reason for this was due to the UK's wanting to 'tighten up' their immigration policies. The Tier 1 Investor Visa was a points-based system and required a person to have £2 million in investable assets. The UK felt that this system was being abused by wealthy individuals who were using it as a way to gain citizenship without contributing anything to the UK economy. In order to close the program, the UK government gave visa holders a grace period of 6 months to either leave the country or apply for another type of visa. While the Tier 1 Investor Visa program is no longer available, there are still other ways for wealthy individuals to obtain UK citizenship.

According to the SovSpot Passport Ranking Index, the British passport is now ranked seventh. It allows anyone to travel to 190 countries without needing a visa. As a result, it is one of the world's most sought passports, having a very high mobility score. Visa-free and visa-on-arrival travel is available to British passport holders in countries such as Brazil, Japan, Peru, Taiwan, the United Arab Emirates, the United States, and the whole European Union, allowing for practically instantaneous travel around the world. British passport holders, on the other hand, need a visa to visit around 39 countries around the world. Russia, China, Cuba, and Iran are among the countries that require a visa.