Geography & Mobility in Trinidad and Tobago

Trinidad and Tobago is a former British colony that is divided into five municipalities. Chaguanas, San Fernando, and Port of Spain are the most major cities. The Caribbean island nation is located close off the coast of Venezuela. The country covers 5,131 square kilometers of land. Plains dominate the landscape, with a few minor mountains and hills thrown in for good measure. It has a tropical climate with only one rainy season from June to December. There are over 1.3 million people in the city. Port of Spain is the country's capital. San Fernando, however, is the most populous city, with over 50,000 residents. Arima and Couva are two other large cities. Piarco International Airport is the country's largest airport (POS). The airport connects to regional locations as well as the United States and Europe. National carrier Caribbean Airlines, the region's largest airline, is based at the airport.

Until today, numerous immigrant populations' national customs have had a profound influence on Trinidadian culture. The Christian faith is practiced by the majority of the population. English is the official language. The legal system in Trinidad is based on English common law. The Supreme Court reviews legislative acts. A parliamentary republic governs the country with elections every five years.

The Trinidad and Tobago dollar (TTD) is the official currency. The country has an open economy, with a gross domestic product of of $45 billion. This places it as the 18th most populous country in the Caribbean and Latin America. It has a per capita income of $32,684 dollars. The services and industries sectors account for the majority of GDP. The oil and gas industry is extremely important to the economy. That sector accounts for 40% of the country's GDP. In addition, Trinidad and Tobago is home to the world's largest natural gas liquefaction plant.

Trinidad and Tobago is one of the most popular tourist destinations in the Caribbean. There are numerous urban and natural tourism sites throughout the country. It is well-known for its beautiful beaches and natural surroundings. In the county, there are no UNESCO world heritage sites. Maracas Bay, Englishman's Bay, Asa Wright Nature Centre, Pigeon Point, Port of Spain, and the Caroni Bird Sanctuary are just a few of the prominent attractions. Every year, around 480,000 tourists visit Trinidad and Tobago, with the majority being from North America. 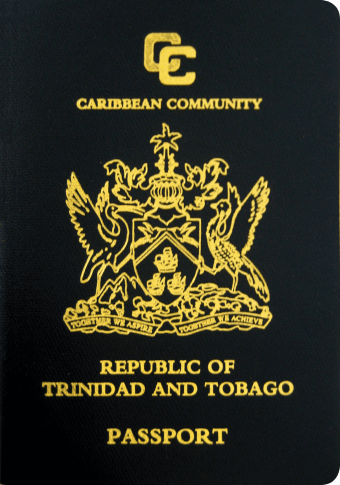 According to the SovSpot Passport Ranking Index, the Trinidadian passport is now ranked 29th. It allows entrance to 152 countries without requiring a visa. This gives it a higher total mobility score, making it a desirable passport. Visa-free entry and visas on arrival are available to holders of Trinidadian passports in countries such as Singapore, the United Kingdom, Israel, and the whole European Union. This enables for practically quick travel to some of the world's most popular destinations. However, roughly 77 countries require a visa for Trinidadian passport holders. Taiwan, the United States, and Australia are among the countries that require a visa.