The Kingdom of Tonga is an island monarchy with 169 islands, only 36 of which are inhabited. Tongatapu is the most important island. It has a surface size of 748 square kilometers and is located in Oceania in the Pacific Ocean. Volcanic islands, coral islands, and active volcanoes dominate Tongan topography and terrain. It has a subtropical climate with a cyclone season that runs from November to April. There are over 100,000 people in the city. Nuku'alofa, the country's capital and most populated city, has a population of roughly 23,000 people. Lapaha, Neiafu, and Haveluoto are also prominent towns. Fua'amotu International Airport is the country's largest international airport (TBU). The airport serves all domestic destinations as well as a few international ones.

The 3000-year-old Lapita history dominates the culture, which is influenced by European influences. Christianity is the most popular religion in the country. Tongan and English are the official languages. The legal system in Tongan is based on English common law. A constitutional monarchy governs the country. King Tupou VI is the head of state, and the elected Prime Minister is the head of government. Elections are held on a yearly basis.

The Pa'anga (TOP) is the official currency. The currency is linked to a basket of currencies that includes the Australian Dollar, US Dollar, New Zealand Dollar, and Japanese Yen. The country has an open economy, with a GDP of about $655 million, putting it in eighth place in Oceania. Its residents have a $6,496 per capita income. The services sector accounts for the majority of GDP. Tourism and remittances from Tongans living in other countries are significant sources of revenue. Fish, yams, vanilla beans, and squash are the principal agricultural exports. Even if the government is attempting to promote foreign business, international aid is still required and utilized.

Toga's tourism industry is rather small. Despite the fact that it boasts a diverse range of magnificent undeveloped natural reserves, reefs, and beaches. It's noted for its long stretches of beach, fishing, surfing, and diving. There are no UNESCO world heritage sites in the country. Pangaimotu Island, Ha'atafu Beach, Anahulu Cave, Uoleva, the Royal Palace, and Mala Island are just a few of the significant attractions. Every year, roughly 54,000 tourists visit the island nation, the bulk of them come from surrounding islands and Australia. 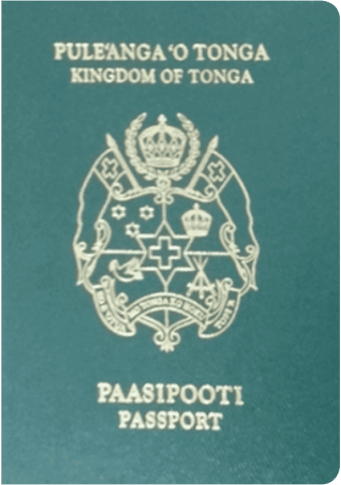 According to the SovSpot Passport Ranking Index, the Tongan passport is now ranked 46th. It allows visa-free travel to 127 countries. As a result, it receives a high mobility rating. Tongan passport holders can travel to countries such as Singapore, the United Kingdom, China, and the European Union without a visa. Tongan nationals, on the other hand, require a visa to enter roughly 102 countries throughout the world, necessitating more extensive travel planning. Taiwan, Brazil, Japan, Australia, and the United Arab Emirates are among the nations that require a visa.