The Republic of Togo is a former French colony. It is divided into five regions and is located in Western Africa. Ghana, Burkina Faso, and Benin are its neighbors. Maritime, Plateaux, and Savanes are the most important regions. With a surface area of 56,785 square kilometers, the country is Africa's 41st largest, making it one of the continent's smaller countries. It has a tropical climate in the south that is hot and humid, and a semiarid climate in the north. Low coastal plains with marshes, central hills, and savanna in the north characterize the topography. The population totals more than 8.6 million people. Lomé, the country's capital and largest city, is also the country's most populous city. Sokodé, Kara, and Kpalimé are also prominent cities in the country. Lomé Tokoin International Airport (LFW) is the country's largest airport, connecting the country to destinations across Africa, Europe, and the United States.

In 1960, the Togolese Republic declared independence from France. Its culture is influenced by a blend of customs and French ancestry. The country is religiously diverse, with Christians and animists making up the large majority. French is the country's official language. Customary law underpins the legal system. Every five years, elections are held, and the president is chosen by popular vote.

The West African CFA franc (XOF) is the country's official currency. Togo is a country with an open economy, with a GDP of $14.9 billion. This places it as Africa's 40th largest economy. It has a $1,821 per capita income. Services, agriculture, and industry are the key contributors to GDP. Togo is one of the world's top phosphate exporters, and cotton accounts for more than 20% of the country's export revenue. Coffee, yams, cassava, grain, cement, and textiles are among the other export items.

Togo is a growing tourist destination with a variety of attractions. It is well-known for its natural wonders and biodiversity. There is only one UNESCO world heritage site at the moment. Beaches and wildlife safaris are the most popular tourist attractions. Kpalime, Koutammakou, Lome, Togoville, Fazao Malfakassa National Park, Keran National Park, and Kara are some of the most popular locations. The country received an average of 573,000 visitor visits each year. 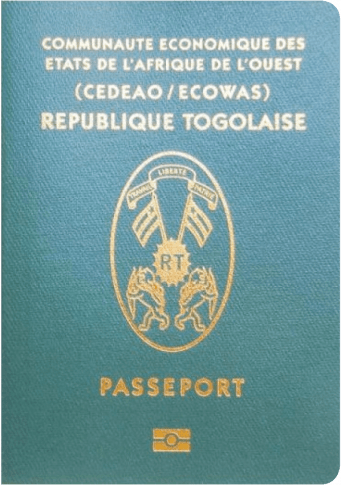 According to the SovSpot Passport Ranking Index, the Togolese passport is now ranked 89th. It allows visa-free travel to 55 countries. Togolese passport holders can travel to countries including Indonesia, the Philippines, Singapore, Ghana, and Dominica without a visa or with a visa on arrival. Togolese citizens, on the other hand, need a visa to visit 174 countries around the world, including China, Japan, Russia, the United States, and the European Union as a whole. Because of the high visa requirement, the mobility score is poor.