Being first has its rewards

The Democratic Republic of Timor Leste is made up of 13 municipalities that were once a Portuguese colony. Dili, Ermera, Bucau, and Bobonaro are the most important cities. The country borders Indonesia and the Timor Sea near the end of the Indonesian archipelago. It covers 15,007 square kilometers of land. Because the country's geography is volcanic, the majority of it is made up of rough mountains. It has a tropical climate that is hot and humid, with rainy and dry seasons. The population is estimated to be around 1.3 million people. Dili, the country's capital and most populated city, with a population of approximately 222,000 people. Maliana and Suai are two other prominent cities. Presidente Nicolau Lobato International Airport is the country's largest and only international airport (DIL). It was named after Nicolau dos Reis Lobato, Timor-first Leste's Prime Minister. Indonesia, Australia, and Singapore are all accessible from the airport. It is also the home of Air Timor, the country's flag carrier.

The United States Dollar is the official currency (USD). The country has an open economy, with a GDP of about $7.2 billion, making it Southeast Asia's smallest economy. Its residents have a $5,561 per capita income. The services and agriculture sectors account for the majority of GDP. Oil is Timor-principal Leste's source of revenue. This industry accounts for more than 90% of government revenue. Coffee, rice, corn, cassava, and sweet potatoes are all key exports.

Natural tourism attractions abound throughout the country. It is noted for its expansive beaches and natural beauty, however it currently lacks any UNESCO world heritage sites. Dili, the capital, Atauro Island, Baucau, Suai, Lake Ira Lalaro, Jaco Island, and Betano are just a few of the prominent locations. Fishing, scuba diving, watersports, surfing, and hiking are the most popular tourist activities. Every year, roughly 74,000 tourists visit the country, the vast majority of them are from surrounding countries. 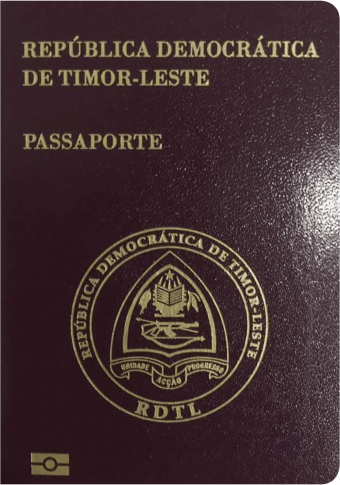 According to the SovSpot Passport Ranking Index, the Timorese passport is now ranked 56th. It allows people to travel to 97 countries without needing a visa. It receives a medium mobility score as a result of this. Visa-free travel and visa-on-arrival are available to Timorese passport holders in countries such as Singapore, the United Kingdom, Ecuador, the European Union, and Iran. A visa is required for Timorese citizens to enter approximately 132 countries. This high visa requirement results in a low mobility score and necessitates extensive trip planning prior to departure. Japan, the United States, and the United Arab Emirates are among the countries that require a visa.