Amazing Thailand. It begins with the people.

Thailand is divided into 76 provinces and is located on the Indochinese Peninsula. Bangkok, Nakhon Ratchasima, and Ubon Ratchathani are the most important provinces. The country borders Malaysia, Myanmar, Cambodia, and Laos and is located in Southeast Asia. It covers an area of 513,120 square kilometers in total. A center plain, the Korat Plateau, and towering mountains make up the country's landscape. Thailand is a hot and humid country. It has a tropical climate with two monsoon seasons. There are over 66.5 million inhabitants in the country. Bangkok, the country's capital and most populous city, has a population of more than 10.5 million people. Chiang Mai, Phuket, Pattaya, Nonthaburi City, and Pak Kret City are also prominent cities. Suvarnabhumi Airport (BKK) is the country's largest international airport, serving over 65 million passengers annually. This places it as the world's 19th busiest airport. Thai Airways is based at the airport, which provides access to locations all over the world.

Theravada Buddhism, Indian, Chinese, and Southeast Asian traditions all have an influence on Thailand. Buddhism has the biggest percentage of adherents. Thai is the official language. The Thai legal system is based on civil law with elements of common law. The government is a constitutional monarchy, with King Wachiralongkon as the head of state and the Prime Minister in charge of the government.

The Thai bhat (THB) is the official currency. The country has an open economy, with a gross domestic product of $1.3 trillion. As a result, it is Southeast Asia's second-largest economy. It has a per capita income of $20,474 for its residents. The services and industries sectors account for the majority of GDP. Thailand is heavily reliant on exports, which account for more than 60% of its GDP. Textiles, drinks, cement, rice, cassava, and rubber are among of the key export items.

Natural tourism attractions abound throughout the country. It boasts five UNESCO world heritage sites and is noted for its extensive beaches and natural beauty. Railay Beach, Koh Phi Phi, Phuket, The Grand Palace, Sukhothai, Doi Suthep, the Floating Markets, and Khao Sok National Park are just a few of the significant attractions. Fishing, scuba diving, watersports, sightseeing, and hiking are the most popular visitor activities. Every year, around 38 million tourists from all over the world visit the country. 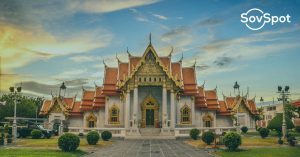 Thailand does not yet have a digital nomad visa as of 2023. Work permits are required for all types of work undertaken on Thailand. Because 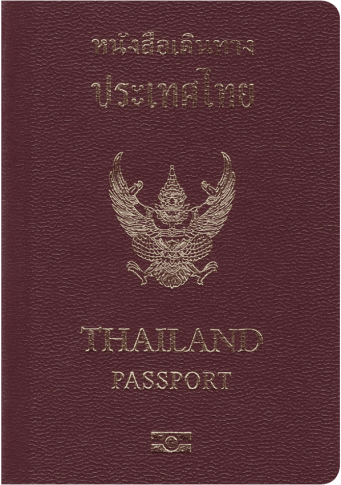 Thailand has long been a popular destination for international investors, and for good reason. The country offers a variety of residency options, both through investment and otherwise, that can be appealing to investors from all over the world. In addition, Thailand boasts a number of tax benefits that make it an attractive investment destination. Thailand's flexible residency options and favorable tax climate make it an interesting option for international investors looking to relocate or invest in Thailand.

According to the SovSpot Passport Ranking Index, the Thai passport is now ranked 66th. It allows entrance to 80 countries without requiring a visa. It receives a medium mobility score as a result of this. Thai passport holders can travel to countries such as Singapore, Russia, Brazil, Kenya, and Turkey without a visa or with a visa on arrival. About 149 destinations require a visa for Thai nationals. This high visa requirement results in a low mobility score and necessitates extensive trip planning prior to departure. China, the United States, and the whole European Union are among the nations that require a visa.