Tajikistan is divided into four regions because it is a landlocked country. The country is found in Central Asia. Uzbekistan, Afghanistan, China, and Kyrgyzstan are its adjacent nations. Sughd, Dushanbe, and Khatlon are the most prominent regions. Tajikistan covers 143,100 square kilometers of land. This places it as Asia's 29th largest country. The topography is largely mountainous, with valleys and basins intersecting. It has a continental climate with hot summers and mild winters. There are over 9.5 million inhabitants in the city. Dushanbe, the country's capital, is also the country's most populous city, with over 800,000 residents. Khujand and Bokhtar are two other large cities. With 1.3 million passengers per year, Dushanbe International Airport (DYU) is the country's busiest airport. The airport in Dushanbe serves most Russian-speaking nations, as well as Germany and the Middle East.

Tajikistani culture has grown and mingled over thousands of years, with influences from Afghanistan, Russia, Iran, and Mongolia. Islam is the most widely practiced religion in the country. Tajik is the official language. Civil law is the legal system. A presidential republic is the government type. Every seven years, presidential elections are held, with the president being elected directly by the people.

The Tajikistani somoni (TJS) is the country's official currency. The country has an open economy, with a GDP of around $30.5 billion dollars. Its residents have a $3,354 per capita income. The GDP is mostly composed of three primary sectors: services, industry, and agriculture. Tajikistan's economy is low, with only a little mining industry. Cotton, energy, aluminum, and salt are some of the country's key exports. Remittances from residents working abroad account for more than 35% of GDP.

Tajikistan is a developing tourism destination. It has a number of tourist spots and attractions, both urban and nature. There are two UNESCO world heritage sites in the country: one cultural and the other natural. Iskanderkul, Khujand, the capital Dushanbe, the Karakul Lake, the Pamir Mountains, and Khorog are just a few of the prominent destinations. Every year, roughly 1 million tourists visit the country. The majority of visitors come from neighboring countries including Russia. It is a popular tourist site, especially among locals. 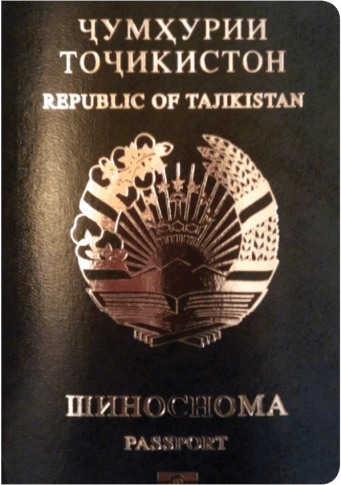 According to the SovSpot Passport Ranking Index, the Tajikistani passport is presently ranked 84th. It allows visa-free travel to 60 countries. As a result, it has a low total mobility score. Tajikistani passport holders can travel to Russia, Turkey, Ukraine, and Indonesia without a visa or with a visa on arrival. Tajikistani citizens require a visa to visit 169 countries across the world. The United States, the European Union as a whole, India, and Japan are among the countries that require a visa ahead of time.