There are 14 governorates in Syria's Arab Republic. It shares borders with Iraq, Jordan, Israel, Lebanon, and Turkey in the Middle East. Aleppo, Rif Dimashq, and Damascus are the most important governorates. The overall size of the country is 185,180 square kilometers. Its landscape ranges from mountain ranges in the west to plateaus and deserts in the east. It has a predominantly desert environment, with hot summers and mild rainy winters. The population totals more than 17.5 million people. Damascus is the country's capital. It is also the most populated city, having a population of about 2 million people. Aleppo and Damascus are two other prominent cities. Damascus International Airport is the largest international airport in Syria (DAM). Syria's airport serves regional Middle Eastern destinations. Flight routes have been drastically reduced since the start of the civil war, with only four airlines operating the airport now.

Syria's culture is dominated by Islam, with Muslims accounting for 87 percent of the population. Arabic is the official language. Civil and Islamic sharia law coexist in the legal system. A presidential republic is the government form. President Bashar Al Asad is the current head of state, and Prime Minister Hussein Arnous is the current head of government. Every seven years, elections are held.

The Syrian pound is the official currency (SYP). The country's economy has deteriorated significantly, with a 2015 GDP of $50.2 billion. In that year, the per capita income was $2,900. The services and manufacturing sectors account for the majority of GDP. The oil industry provides the majority of the country's earnings. With an ever-increasing share of foreign aid.

Tourists can visit the Syrian Arab Republic to see its many natural and culturally unique sites. There are six UNESCO world heritage sites in the country. Religious tourism and visits to old historical sites make up a large part of Syrian tourism. The capital Damascus, Aleppo, Palmyra, the Aem Palace, the Damascus Citadel, Bosra, the Ruins of Palmyra, the Aleppo Citadel, and the Ruins of Ugarit are also popular tourist locations. Damascus, the country's capital, also has a number of museums and exhibitions dedicated to the country's history and natural beauty. Except for Iranian pilgrims, there are currently no tourists in the nation. The majority of international flights have been canceled, and the country remains a war zone, with most tourist attractions damaged or destroyed. 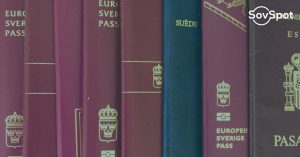 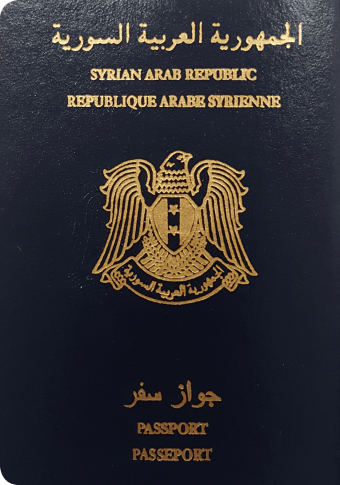 According to the SovSpot Passport Ranking Index, the Syrian passport presently ranks 110th. It is regarded as the world's third-lowest-ranking passport. Only 28 countries offer visa-free travel to Syrian passport holders, including Lebanon, Dominica, Madagascar, and the Seychelles. A Syrian passport holder is required to obtain a visa for 201 destinations before traveling. As a result, the passport raking is extremely low on the total global mobility score. Syrians must apply for a visa in advance for major destinations such as the United States and the European Union. Applicants must show documentation such as evidence of funds and a return airline ticket when applying for a visa.