Sri Lanka is a former British colony now known as the Democratic Socialist Republic of Sri Lanka. The island country of Sri Lanka is divided into nine provinces and is located in Southern Asia. Colombo, Kandy, and Galle are the most important provinces. With a surface size of 65,610 square kilometers, Sri Lanka is Asia's 36th largest country. It has a tropical monsoon climate, with northeast and southwest monsoons. Low rolling plains and south central mountains characterize the terrain. There are over 21.8 million inhabitants in the country as a whole. Colombo, the country's capital and largest metropolis with over 800,000 residents, is the country's largest city. Kaduwela, Maharagama, and Kesbewa are also prominent cities. Bandaranaike International Airport (CMB) is the country's busiest airport, serving 10 million people annually. It is named after Sri Lanka's fourth prime minister, Solomon Bandaranaike, and connects the country to locations all around the world. In 1948, Sri Lanka declared independence from the United Kingdom.

The culture of the country combines traditional and modern features. Buddhism and Hinduism are the two most popular religions in the country. Sinhala, Tamil, and English are the country's official languages. The Roman-Dutch civil law, English common law, and customary laws form the basis of the legal system. A presidential republic is the government form. Every five years, elections are held.

The Sri Lankan rupee (LKR) is the official currency. Sri Lanka has an open economy with a gross domestic product of $321 billion. This places it as South Asia's fourth largest economy. It has a $14,509 per capita income. Services and industry are the two main contributors to GDP. Cinnamon, rubber, tea, coconuts, tobacco, rice, sugarcane, and cereals are the principal exports. Tourism is also a significant contributor to the GDP.

Sri Lanka is a lovely travel destination. Wildlife, historic villages, and national parks are all popular attractions. There are eight UNESCO world heritage sites in the country. Hiking, diving, trekking, and sightseeing are the most popular tourist activities. The Nine Arch Bridge, Mihintale, Gal Viharaya, Udawalawe National Park, the Dambulla Cave Temple, and the Temple of the Tooth are just a few of the places to see. The majority of the 1.9 million tourists who visit each year come from nearby Asian nations and Europe. 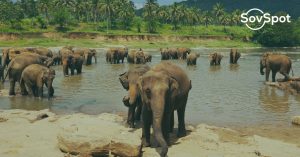 Sri Lanka said it would issue a Sri Lanka Digital Nomad Visa in 2021. Unfortunately, it has not yet been implemented (probably due to the 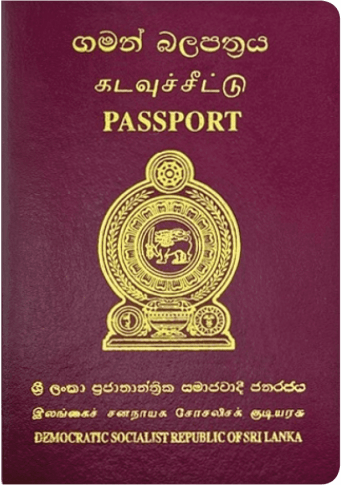 According to the SovSpot Passport Ranking Index, the Sri Lankan passport presently ranks 104th. It allows visa-free travel to 39 countries. Visa-free entry and visas on arrival are available to Sri Lankan passport holders in countries such as Pakistan, Singapore, and Kenya. Sri Lankans, on the other hand, need a visa to visit 190 countries across the world, including China, Russia, the United States, and the whole European Union. Because of the hefty visa requirement, the mobility score is relatively low.