South Sudan is a relatively new country, having only been established in 2011. It is made up of ten states and is located in East-Central Africa. Kenya, Uganda, the Democratic Republic of the Congo, the Central African Republic, Sudan, and Ethiopia are all bordering the country. Jonglei, Central Equatoria, and Warrap are the most important states. With a surface area of 619,745 square kilometers, South Sudan is Africa's 19th largest country. It has a hot climate with seasonal rainfall. Large plains in the center and north, plateaus, and swampy regions in the central part characterize the topography. The population totals more than 12.7 million people. Juba, the country's capital, is also the country's largest city, with a population of roughly 525,953. Winejok, Malakal, and Wau are also prominent cities. Juba International Airport is the largest airport in the country (JUB). It connects the country to African and Middle Eastern destinations.

In 2011, South Sudan declared independence from Sudan. Its culture is dominated by a mash-up of ethnic groups' customs. Animism, Christianity, and Islam are the three primary religions of the. English is the country's official language. The civil law system underpins the legal system. A presidential republic is the government form. Every five years, elections are held.

The South Sudanese pound (SSP) is the official currency. South Sudan has an open economy, with a GDP of $18.4 billion dollars. This places it as Africa's 28th largest economy. It has a $1,420 per capita income. Services and agriculture are the two largest contributors to GDP. Maize, rice, millet, wheat, and sugarcane are the country's main exports. The economy of the country is severely underdeveloped, and it is still struggling to recover from the country's independence war and ongoing civil war.

South Sudan is a tourist destination that is still emerging. It is well-known for its natural beauty and biodiversity. There are no UNESCO-designated world heritage sites in the area. Animal watching and hiking are the most popular tourist activities. The Boma National Park, Wau, the Southern National Park, the Kidepo Game Reserve, the Bandingilo National Park, the capital Juba, and the Ez Zeraf Game Reserve are just a few of the places to visit. The number of tourists who visit each year is unknown, but the government is working to enhance infrastructure in order to attract more visitors in the future. 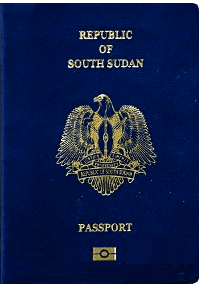