The Solomon Islands are a sovereign nation with nine regions. Malaita, Guadalcanal, and Western are the most important provinces. The country is located in Oceania, east of Papua New Guinea, in the Pacific Ocean. There are six main islands and around 900 smaller islands that make up the archipelago. The overall surface area of the islands is 28,400 square kilometers. Volcanic mountains and coral atolls make up the country's landscape. It has a tropical monsoon environment with little temperature change throughout the year. Its population is estimated to be 652,857 people. Honiara, the country's capital and most populated city, with a population of roughly 84,000 people. Malango and Auki are two other prominent cities. Honiara International Airport is the country's largest and only international airport (HIR). The airport serves regional and Australian destinations.

The Solomon Islands are characterized by a variety of Polynesian societies. Protestantism has the biggest percentage of adherents. English is the official language, but over 120 indigenous languages are still spoken on the various islands. The Solomon Islander legal system is a hybrid of English common law and traditional customary law. The government is a constitutional monarchy with a parliamentary republic. Queen Elizabeth II is the head of state, while the Prime Minister is the head of government. Elections are held every five years.

The Solomon Islands dollar (SBD) is the official currency. The country has an open economy, with a GDP of around $1.4 billion, making it Oceania's fifth largest economy. Its residents have a $2,307. per capita income. The services and agriculture sectors account for the majority of GDP. Agriculture is critical to meeting the country's daily nutritional demands. Rough timber, processed fish, and palm oil are among the principal exports. The Solomon Islands have huge mineral resources that the government hopes to utilize in the future.

The islands are also well known for their diverse range of natural tourism attractions. It is noted for its beautiful beaches, natural surroundings, and Polynesian culture. The Tenaru Falls, the Honiara Botanical Gardens, Rennell Island, the National Museum, the Serah Keu Lagoon, and the Borare River are just a few of the significant attractions. Fishing, scuba diving, watersports, and hiking are the most popular tourist activities. Every year, roughly 27,900 tourists visit the island nation, the bulk of which are from New Zealand and Australia. 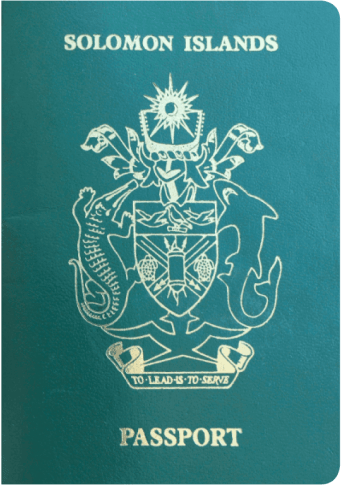 According to the SovSpot Passport Ranking Index, the Solomon Islander passport is now ranked 40th. It allows people to travel to 133 countries without needing a visa. As a result, it has a good total mobility score. Visa-free travel and visa-on-arrival are available to Solomon Islander passport holders in countries such as Singapore, Canada, South Korea, Indonesia, and the European Union. This enables for almost instantaneous travel opportunities all around the world. Visas are required for Solomon Islanders to visit 96 countries. China, Japan, Thailand, the United States, and Australia are among the countries that require a visa.