Slovenia is divided into 12 regions and is a member of the European Union. Central Slovenia, Drava, and Savinja are the most important regions. The country borders Croatia, Hungary, Austria, and Italy in South Central Europe. Slovenia, with a surface size of 20,271 square kilometers, is Europe's 39th largest country. On the shore, it has a Mediterranean climate, whereas the plateaus and valleys have a continental climate. Alpine mountains, plateaus, valleys, and a coastline area characterize the landscape. It has a population of over 2 million people, making it the 38th most populous country in the European Union. Ljubljana, the country's capital and most populous city, has a population of roughly 295,504 people. Maribor and Celje are two other prominent cities. Ljubljana Joze Pucnik Airport (LJU) is the largest airport, with 1.7 million passengers each year. The airport is named after Joze Pucnik, a well-known Slovenian independence politician.

Slovenia's culture has been affected by its neighbors Austria, Croatia, and Hungary, and it covers domestic and international channels connecting Slovenia to Europe. The Roman Catholic faith is practiced by the vast majority of the population. Slovenian, Italian, and Hungarian are the official languages. The civil law system underpins the legal system. A parliamentary republic is the government type.

The official currency of the country is the Euro (EUR). The country has an open economy, with a GDP of around $83 billion, putting it in the 32nd place in Europe. Its people earn an average of $40,343 per year. The GDP is primarily composed of two primary sectors: services and industries. Metals, lead, electronics, hops, wheat, and corn are among Slovenia's most important exports.

Slovenia also features a variety of urban and natural historic tourism locations. It attracts visitors because of its distinct culture and historic cities. Around the country, there are four UNESCO world heritage sites. The capital, Ljubljana, is one of the most popular attractions, as are Lake Bled, Triglav National Park, Postojna, Piran, and Ptuj. Every year, roughly 4.7 million tourists visit the country, the bulk of whom are from Europe and the surrounding countries. 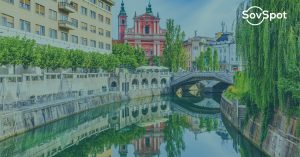 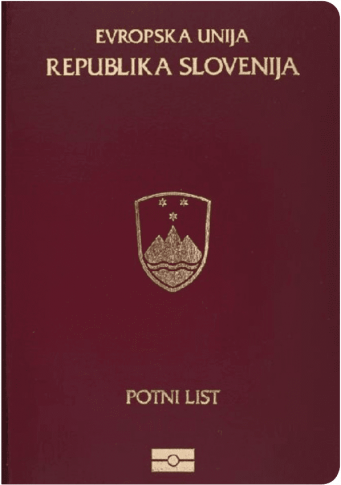 According to the SovSpot Passport Ranking Index, the Slovenian passport is presently ranked 13th. It allows people to travel to 183 countries without needing a visa. It is one of the best-ranked passports in the world, with a high mobility score. Slovenian passport holders are eligible for visa-free travel and visa-on-arrival in countries such as the United Kingdom, the United Arab Emirates, Japan, and the European Union as a whole. This enables for almost instantaneous travel opportunities all around the world. Slovenian passport holders, on the other hand, need a visa to visit around 46 countries around the world. China, India, and Australia are among the countries that require a visa.