The Slovak Republic is divided into eight regions and is a member of the European Union. Presov, Kosice, and Zilina are the most prominent regions. The country borders Austria, Czechia, Poland, Ukraine, and Hungary in Central Europe. Slovakia has a surface size of 49,035 square kilometers, making it Europe's 28th largest country. It has a moderate climate with mild summers and cold winters. Lowlands in the south and mountains in the center characterize the topography. It has a population of about 5.4 million people, making it the European Union's 18th most populous country. Bratislava, the country's capital and most populous city, has a population of roughly 432,864 people. Kosice and Presov are two other prominent cities. Bratislava M.R. Stefanik Airport (BTS) is the largest airport, with 2.2 million passengers per year. Milan Rastislav Stefanik, a well-known Slovak general, is honored with the airport's name.

Slovakia's culture has been impacted by its neighbors Austria, Germany, Poland, Hungary, and Ukraine, and it covers domestic and international channels connecting Slovakia to Europe. The Roman Catholic faith is practiced by the vast majority of the population. Slovak is the official language. The legal system is based on the civil law of Austria-Hungary. A parliamentary republic is the government type.

The country's official currency is the Euro (EUR). The country has an open economy, with a GDP of around $209 billion, putting it in the 25th place in Europe. The per capita income of its residents is $38,321. The GDP is primarily composed of two primary sectors: services and industries. Automobiles, metal, gas, wheat, potatoes, sugar beets, and hops are some of the most important export items.

Slovakia also has a variety of urban and natural heritage tourism locations. It attracts visitors because of its distinct culture and historic cities. Around the country, there are seven UNESCO world heritage sites. The capital, Bratislava, Liptov, the Slovak Karst Caves, Kosice, and the Slovak Paradise National Park are among the most popular destinations. Every year, roughly 5.4 million tourists visit the country, the bulk of whom are from Europe and the surrounding countries. 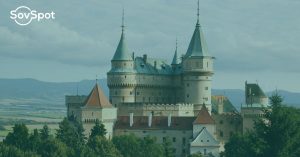 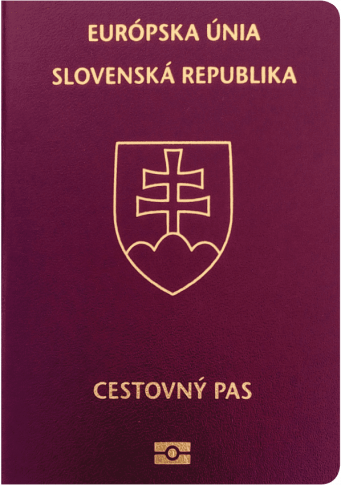 Slovakia is an attractive country for international investors seeking residency options. The residency Slovakia offers provides access to the Schengen Area, easy travel within Europe, and a low cost of living. Slovakia's central location is also appealing, as it is within driving distance of multiple countries. In addition, Slovakia provides a number of incentives for businesses, including grants and tax breaks. As a result, Slovakia is an appealing option for those looking to invest in Europe. At the moment there is only 1 mobility pathway for investors to move to Slovakia.

According to the SovSpot Passport Ranking Index, the Slovakian passport is presently ranked 10th. It allows people to travel to 187 countries without needing a visa. Slovakian passport holders receive visa-free access and visas on arrival to places such as the United Kingdom, United Arab Emirates, Japan, and the entire European Union, thanks to its high mobility score. This enables for almost instantaneous travel opportunities all around the world. Slovakian passport holders, on the other hand, need a visa to visit roughly 42 countries around the world. China, India, and Australia are among the countries that require a visa.

Slovakia allowed citizenship by descent till the second generation until recently. However, a subsequent change to the nationality law in 2021 made it possible for third-generation descendants of former Slovak and Czechoslovak nationals to petition for citizenship. This means that if you have a parent, grandparent, or great-grandparent who was a citizen of Slovakia, you are eligible to apply for citizenship.