Singapore's island nation is divided into five districts. The country is made up of numerous islands and is situated between Indonesia and Malaysia in Southeast Asia. Central, North-East, and West are the most important districts. Singapore covers 725.7 square kilometers of land. As a result, it is Asia's second smallest country. It has a tropical climate that is hot and humid, with distinct monsoon seasons. A low-lying central plateau dominates the landscape, with a population of around 5.7 million people. Singapore is the country's capital, as well as its most populous and only city. Changi Airport (SIN) is the busiest, with around 68 million passengers per year. Changi Airport is the world's 18th busiest airport, with flights to every continent.

Singaporean culture is a combination of many Asian civilizations. It is also consistently ranked as one of the greatest airports in the world. Buddhism and Christianity are the country's two primary religions. English, Mandarin, Malay, and Tamil are the official languages. The English common law system governs the legal system. A parliamentary republic is the government type. The president is elected by simple popular vote every six years.

The Singapore dollar (SGD) is the country's official currency. The country has an open economy, with a GDP of over $615 billion, making it Southeast Asia's sixth largest economy. Its people earn an average of $107,604 each year. The services and industries sectors account for the majority of GDP. Electronics, chemicals, oil drilling equipment, petroleum, vegetables, and poultry are the principal exports.

Singapore is home to a variety of urban, cultural, and natural tourism destinations and attractions. The nation is among the world leaders in technology and production processes, owing to a highly skilled and diversified foreign labor force. It is particularly well-known for its culture, historic city, and scenic scenery, which draw tourists both in the winter and summer. There is one UNESCO world heritage site in the country. The Marina Bay Sands, the Garden by the Bay, the Botanic Gardens, the Singapore Zoo, Chinatown, Clarke Quay, and Merlion Park are just a few of the significant attractions. Every year, around 18.5 million tourists visit the country. The vast majority of visitors come from Asia and Australia. 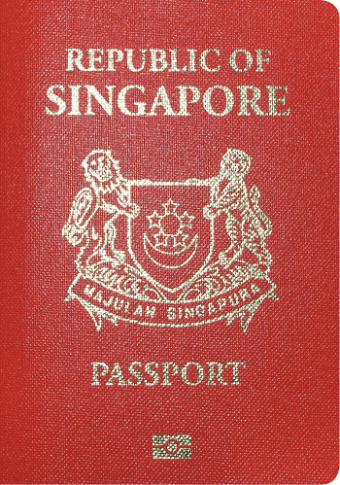 Singapore residency is beneficial from a tax perspective and economic perspective. Singapore does not have capital gains tax, estate duty or inheritance tax. Goods and services tax is also low at 7%. In addition, Singapore has double taxation agreements with many countries, which means that residents can enjoy lower taxes on foreign-sourced income. Singapore also has a very stable political environment and a robust legal system. The Singapore dollar is one of the strongest currencies in Asia and is pegged to a basket of major currencies. This makes it an ideal place to park your money.