Senegal is a former French colony now known as the Republic of Senegal. It is made up of 14 regions and is located in Western Africa. Gambia, Guinea-Bissau, Guinea, Mali, and Mauritania are its neighbors. Dakar, Thiès, and Diourbel are the most prominent regions. With a surface area of 196,712 square kilometers, the country is Africa's 34th largest, making it one of the continent's medium-sized countries. It has a tropical climate that is hot and humid, with a dry and rainy season. In the southeast, low rolling plains and foothills characterize the landscape. The population totals approximately 15.8 million people. Dakar, the country's capital and most populous city, is the country's most populated city. Touba, Thies, and Kaolack are also prominent cities in the country. Blaise Diagne International Airport is the largest (DSS). It connects the country to locations all across the globe. It was named after Blaise Diagne, the first black African to be elected to the French parliament.

Senegal became independent from France in 1960. Its culture is influenced by a blend of customs and French ancestry. The country is religiously diverse, with Muslims accounting for the large majority, followed by Christians. French is the country's official language. The legal system is based on civil law from France. The government is set up as a presidential republic, and the president is elected by an absolute majority every five years.

The official currency of the country is the West African CFA franc (XOF). Senegal is a country with an open economy, with a GDP of $66.4 billion. This places it as Africa's 19th largest economy. It has a $3,675 per capita income. Services and industry are the two main contributors to GDP. Phosphate, fertilizer, fish, peanuts, millet, and corn are Senegal's principal exports. Senegal is a developing tourism destination with several tourist attractions. It is also looking at chances to extract oil, but such projects are still years away from completion.

Senegal is well-known for its wildlife and colonial cities. There are seven UNESCO world heritage sites in all. Beaches and wildlife safaris are the most popular tourist attractions. The Goree Island, Dakar, the Pink Lake, St. Louis, Cap Skirring, and the Senegal River are some of the most popular destinations. On average, roughly 1.3 million tourists visited the country each year. 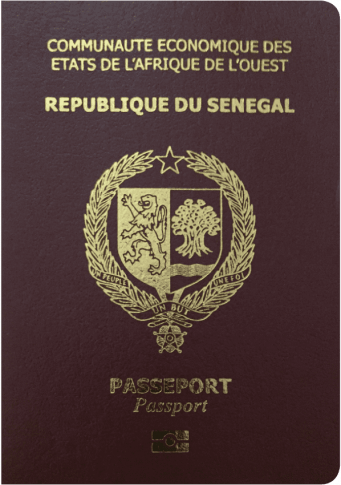 According to the SovSpot Passport Ranking Index, the Senegalese passport presently ranks 89th. It allows visa-free travel to 55 countries. Visa-free travel and visas on arrival are available to Senegalese passport holders in countries such as Indonesia, the Philippines, Singapore, Ghana, and Dominica. Senegalese citizens, on the other hand, need a visa to visit 174 countries around the world, including China, Japan, Russia, the United States, and the European Union as a whole. Because of the high visa requirement, the mobility score is poor.