Saint Vincent and the Grenadines

Geography & Mobility in Saint Vincent and the Grenadines

Saint Vincent and the Grenadines is a former British colony consisting of six parishes. The most prominent parishes are Saint George, Charlotte and Grenadines. The island nation is situated in the Caribbean, approximately north of Trinidad and Tobago. It has a total surface of 389 square kilometers. The country’s geography is distinguished by volcanic land and mountains. Its climate is tropical with little to no seasonal temperature differences. The rainy season is from May through November.; The whole population is approximately above 110,211 individuals. The capital of the country is Kingstown, which is also the most populous city. Other major towns are Georgetown and Byera Village. The country’s largest and only international airport is Argyle International Airport (SVD) (SVD). The airport provides access to regional, North American and European destinations.

Vincentian culture is a combination of its African, East Indian and English roots. The bulk of the population is Christian. The official language is English. The Saint Lucian legal system is based on the English common law. The government form is a parliamentary democracy under a constitutional monarchy. The chief of state is Queen Elizabeth the II and the head of government is the Prime Minister.

Saint Vincent and the Grenadines's Economy

The national currency is the Eastern Caribbean Dollar (XCD), it is tied to the USD at a rate of XCD 2.7 since 1976. The country has an open economy, generating a GDP of roughly $1.3 billion, placing it on the 2nd last rank among the Caribbean and Latin American countries. Its people have a per capita income of $12,431. The GDP is largely made up of the services and agriculture industry. Most of the workforce is either involved in tourism or banana plantation activities. With the finished creation of the new airport, there is also an increased infusion of international capital.

Visiting Saint Vincent and the Grenadines

Saint Vincent and the Grenadines is a very popular tourism location. It is noted for its stunning beaches and natural beauty. The major activities for tourists are hiking, trekking, diving and wildlife watching. Some of the key locations include the Bequia, Tobago Cays, Palm Island, la Soufrière Volcano, Mustique and the capital Kingstown. The country has a total of around 356,000 tourists arriving every year. Additionally there are numerous day visitors from the plentiful cruise ship lines calling over on the island. 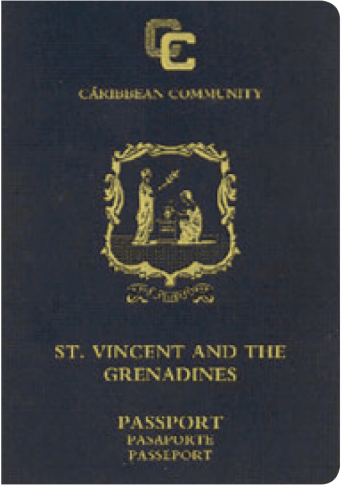 Saint Vincent and the Grenadines

According to the SovSpot Passport Ranking Index, the Vincentian passport is presently ranked 30th. It allows entrance to 150 countries without requiring a visa. As a result, it has a good overall mobility score and is a desirable passport. Visa-free travel and visa-on-arrival are available to holders of Vincentian passports in countries such as Singapore, the United Kingdom, South Korea, Israel, and the entire European Union. This enables for practically quick travel to some of the world's most popular destinations. Visas are required for roughly 79 destinations for holders of Vincentian passports. Thailand, the United States, and Australia are among the nations that require a visa.