The Federation of Saint Christopher and Nevis is a former British colony consisting of 14 parishes scattered throughout the two islands. The most prominent districts are Saint George, Saint John and Saint Paul. The island nation is situated in the Caribbean, northwest of Guadeloupe. Its climate is tropical with minor seasonal fluctuations in temperature. The rainy season extends from May through November. The terrain is volcanic with mountains in the interior.; The whole population is roughly 52,441 people. The capital of the country is Basseterre, which is also the most populous city with more than 14,000 inhabitants. Other notable cities are Fig Tree, Monkey Hill and Cayon. The country’s largest airport is Robert L. Bradshaw International Airport (SKB) (SKB). The airport is named after the first Premier of Saint Kitts and Nevis: Robert Llewellyn Bradshaw. It gives access to places in the Caribbean and the United States.

The Nevisian culture is dominated by West African and the creole culture. The bulk of the population is Protestant. The official language is English. St Kitts and Nevis legal system is based on the English common law. The government form is a federal parliamentary democracy under a constitutional monarchy. The chief of state is Queen Elizabeth II. The head of government is the elected Prime Minister Timothy Harris.

The national currency is the Eastern Caribbean Dollar (XCD), which is permanently tied to the USD at an exchange rate of XCD 2.7. Saint Kitts and Nevis is the 30th largest economy in the Caribbean and Latin American countries. The country has an open economy, generating a GDP of around $1.7 billion. Its people have a per capita income of $31,095. The GDP is largely made up of the services and industries sectors. Tourism contributes to the vast portion of the GDP.

Saint Kitts and Nevis is filled with a variety natural tourism attractions. It is noted for its huge beaches and environment. Some of the notable destinations include the Brimstone Hill Fortress, the picturesque train, the National Museum, Pinney’s Beach and Romney Manor. The main tourism activities are fishing and watersports. The island nation has a total of around 1.2 million tourists arriving every year with the majority originating from North America and Europe. 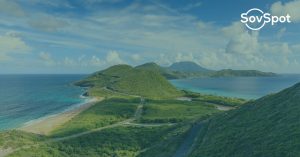 The oldest CBI program of its sort in the world is the St. Kitts and Nevis Citizenship by Investment Program. This CBI program launched in 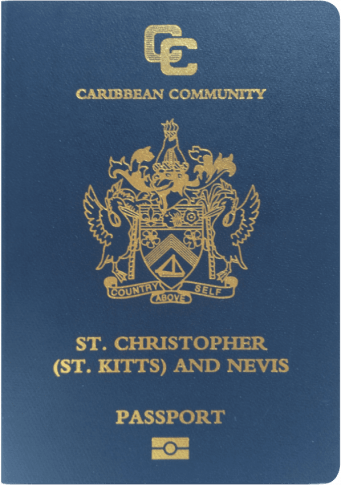 The St. Kitts & Nevis passport is globally recognised and provides visa-free travel to 155 countries, including the UK, Schengen countries, Hong Kong and Singapore. Real estate investors have the option to purchase pre-approved real estate projects or they may develop their own project subject to government approval. Real estate investments must be held for a minimum five years before citizenship is granted. Other benefits of St Kitts citizenship include: no personal income tax, no gift tax, no capital gains tax, no inheritance tax and no wealth tax; visa-free travel to over 155 countries; dual citizenship permitted; lifelong citizenship for you and your family with heirship rights; right to live, work and study in St. Kitts & Nevis; Permits bank accounts in St. Kitts & Nevis.

St. Kitts and Nevis has the world's oldest Citizenship by Investment program. Applicants can get citizenship and a passport in St. Kitts and Nevis in four months after completing a due diligence process and making the requisite financial contributions to the government." According to the SovSpot Passport Ranking Index, the Saint Lucian passport is presently ranked 33rd. It allows people to travel to 145 countries without needing a visa. As a result, it has a good overall mobility score and is a desirable passport. Visa-free travel and visas on arrival are available to holders of Saint Lucian passports in countries such as Singapore, the United Kingdom, South Korea, Israel, and the whole European Union. This enables for practically quick travel to some of the world's most popular destinations. Visas are required for roughly 84 places for holders of Saint Lucian passports. Thailand, the United States, and Australia are among the nations that require a visa.