Romania is a member of the European Union and has 41 counties. Bucharest, Iasi, and Prahova are the most important counties. Bulgaria, Serbia, Hungary, Ukraine, Moldova, and the Black Sea border the country, which is located in the heart of Central, Eastern, and Southeastern Europe. With a surface size of 238,397 square kilometers, Romania is Europe's 12th largest country. It has a temperate continental climate with an oceanic climate along its eastern shore. The Carpathian Mountains, highlands, and plains form the landscape. It has a population of over 19.3 million people, making it Europe's tenth most populous country. Bucharest, the country's capital, is also the country's most populous city, with 2.1 million residents. Cluj-Napoca and Timisoara are two other prominent cities. Henri Coanda International Airport (OTP) is the busiest, with 14 million passengers per year. With 2.9 million passengers per year, Cluj International Airport (CLJ) is the country's second busiest airport. Both airports connect Romania to the European Union and beyond on domestic and international routes.

Eastern European and Armenian influences are prevalent in Romanian culture. There is a diverse population, with the Easter Orthodox religion predominating. Romanian is the official language. The Civil Law is the foundation of the legal system. A semi-presidential republic is the government type.

The Romanian leu (RON) is the official currency. The country has an open economy, with a GDP of $525 billion dollars, putting it in 13th place in the European Union. Its people earn $29,555 per year on average. The GDP is primarily composed of two primary sectors: services and industries. Electric machinery, car assembly, wheat, corn, barley, and sugar beets are among the most important export exports.

Romania offers a diverse range of urban and natural tourism opportunities. The country is home to eight UNESCO world historic sites. The Wooden Churches of Maramures, Poiana Brasov, Corvin Castle, the Sucevita Monastery, Transylvania, and the Palace of the Parliament are only a few of the significant attractions. Every year, roughly 16.7 million tourists visit the country, the majority of which are from Europe and its neighboring nations. 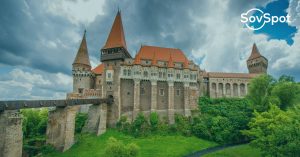 Romania has formally revealed the digital nomad visa as of December 21st, 2021. All non-EU citizens can obtain a digital visa for Romania. The Romania 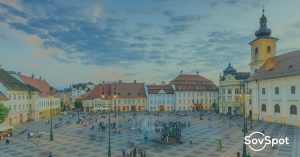 As the past years have demonstrated, you never know when you might require a second passport. If you have Romanian ancestry – and nearly 1 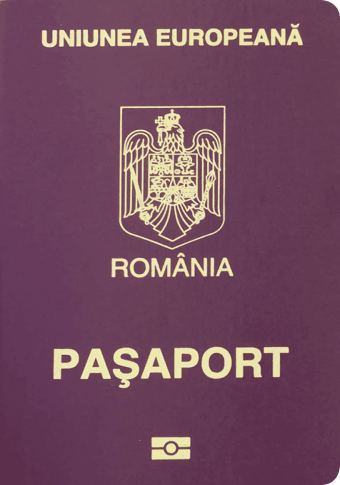 Residency in Romania offers many benefits for those engaged in commercial activities. First and foremost, it provides access to a highly skilled and educated workforce. Romania is also home to a number of world-class universities, which produce graduates that are sought-after by businesses around the globe. Secondly, residency in Romania comes with a number of tax advantages. The country has a number of generous tax incentives for businesses, including low corporate tax rates and a number of double taxation agreements. These factors make Romania an attractive destination for businesses looking to set up operations in Europe.

According to the SovSpot Passport Ranking Index, the Romanian passport is presently ranked 17th. It allows entrance to 176 countries without requiring a visa. It is one of the best-ranked passports in the world, with a high mobility score. Visa-free travel and visa-on-arrival are available to Romanian passport holders in countries such as the United Kingdom, the United Arab Emirates, Japan, and the European Union as a whole. This enables for almost instantaneous travel opportunities all around the world. Romanian passport holders, on the other hand, need a visa to visit roughly 53 countries around the world. China, India, and the United States are among the countries that require a visa.

You can apply for Romanian citizenship through descent if you have a parent or grandmother who was a citizen of Romania. However, you may petition for citizenship up to the third generation if you had a parent, grandparent, or great-grandparent born in the Kingdom of Romani between 1918 and 1940 in any location, including Bessarabia and Northern Bukovina.