Poland is divided into 16 provinces and is a member of the European Union. Masovian, Silesian, and Greater Poland are the most important provinces. The country borders Germany, Czechia, Slovakia, Ukraine, Belarus, Lithuania, and Russia in Central Europe. With a surface size of 312,696 square kilometers, Poland is Europe's ninth largest country. It has a temperate climate, with warm summers and mildly severe winters. Flat plains and minor mountains on the southern border characterize the area. It has a population of more than 38.3 million people, making it Europe's ninth most populous country. Warsaw, the country's capital and most populous city, with a population of roughly 1.8 million people. Krakow and Lodz are two other prominent cities. With 19 million passengers per year, Warsaw Chopin Airport (WAW) is the country's busiest airport. Frederic Chopin, a well-known Polish composer, is honored with the airport's name. It encompasses both internal and international routes that connect Poland to the rest of the world.

Western Europe has had a significant influence on Poland's 1000-year history. The Roman Catholic faith is practiced by the vast majority of the population. Polish is the official language. The civil law system underpins the legal system. A parliamentary republic is the government type.

The Polish zloty (PLN) is the country's official currency. The country has an open economy, with a GDP of around $1.3 trillion, putting it in eighth place in Europe. Its people earn an average of $35,651 per year. The GDP is primarily composed of two primary sectors: services and industries. Machines, iron and steel, coal, chemicals, potatoes, and fruits are among the most important export items. The economy of the country has been consistently rising at a rate of 3% each year.

Poland boasts a diverse range of historic tourism locations, both urban and natural. It attracts visitors because of its distinct culture and historic cities. Around the country, there are 16 UNESCO world historic sites. The Wieliczka salt mine, Auschwitz Birkenau camp, Warsaw, the Morskie Oko Lake, and Krakow are among the most popular locations. Every year, around 21 million tourists visit the country, the bulk of whom are from Europe and the surrounding countries. 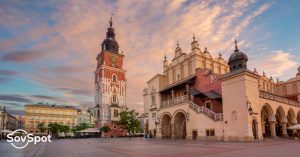 If you are Polish or have Polish ancestry, you may be eligible for Polish citizenship by descent. In this article, we will discuss the process 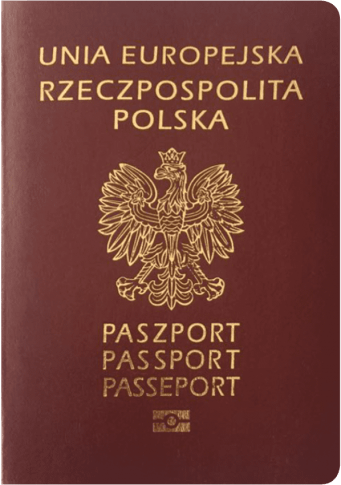 According to the SovSpot Passport Ranking Index, the Polish passport is presently ranked 11th. It allows anyone to travel to 185 countries without needing a visa. It is one of the best-ranked passports in the world, with a high mobility score. Visa-free travel and visa-on-arrival are available to Polish passport holders in countries such as the United Kingdom, the United Arab Emirates, Japan, and the European Union as a whole. This enables for almost instantaneous travel opportunities all around the world. Polish passport holders, on the other hand, need a visa to visit around 44 countries around the world. China, India, and Australia are among the countries that require a visa.

To qualify for Polish citizenship based on ancestry, you must have a parent, grandparent, great-grandparent, or ancestor who was born and resided in Poland after 1920.

You are still eligible for citizenship if your ancestor fled before 1920, as long as you can verify that their address was recorded in Polish, Prussian, Russian, or Austro-Hungarian registries and that they were citizens at the time of your birth.

If your ancestor acquired another citizenship prior to 1951, you must remember that they forfeited their Polish citizenship and cannot pass it on to you.