Land of the Incas

The Peruvian Republic is divided into 25 regions. It's in the western part of South America. Chile, Bolivia, Brazil, Colombia, and Ecuador are the country's neighbors. Lima, Callao, and Arequipa are the most important cities. Peru covers 1,285,216 square kilometers of land. As a result, it is South America's third largest country. The country's topography includes a wide range of terrains, from mountains to plains and jungles. It has a tropical climate in the east and a desert arid climate in the west. There are over 32.8 million inhabitants in the country. Lima is the country's capital. With 8.8 million residents, it is also the most populated city. Arequipa, Trujillo, and Chiclayo are all prominent cities. Jorge Chávez International Airport (LIM) is the busiest, with about 23 million passengers per year. With over 3.2 million annual travelers, Alejandro Velasco Astete International Airport (CUZ) comes in second. Both airports connect to the rest of the world. Jorge Chávez, a prominent Peruvian aviator, is honored with the name LIM.

Peruvian culture is predominantly inspired by Amerindian customs, with Asian, African, and European populations influencing the country later. The main religion is Roman Catholicism. Spanish, Quechua, and Aymara are the official languages of the country. The civil law system underpins the legal system. A presidential republic is the government type. Every five years, elections are held.

The Sol is the country's official currency (PEN). The country has an open economy, with a gross domestic product of over $385 billion. This places it as South America's sixth largest economy. Its people earn an average of $11,516 per year. The GDP is primarily composed of two primary sectors: services and industries. Steel, petroleum, textiles, glass, artichokes, asparagus, blueberries, coffee, chocolate, and potatoes are among its principal exports.

Peru has a wide range of tourist attractions, both urban and natural. The country boasts 12 UNESCO world heritage monuments as well as other old Inca structures. Machu Picchu, the Inca Trail, Cusco, Lake Titicaca, Colca Canyon, the Sacred Valley, and Lima's historic center are all popular tourist destinations. Tourists continue to flock to the country in large numbers. This is attributable to its residents' vibrant culture and kind friendliness. Peru receives around 4.4 million tourists each year. The bulk comes from neighboring countries as well as the United States. 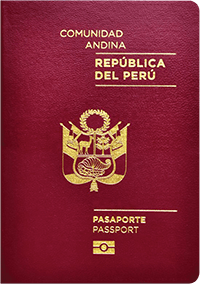 Panama’s economy is quite strong, especially compared to other countries in the region. This means that residents can enjoy a stable lifestyle with access to good jobs and affordable creature comforts. Finally, Peru is blessed with a variety of climates and landscapes, from the Amazon rainforest to the Andes mountains. Peru offers 2 residency options, the rentier or passive income visa being the most popular option.

According to the SovSpot Passport Ranking Index, the Peruvian passport is presently ranked 36th. It gives 138 countries visa-free entry. Visa-free travel and visa-on-arrival are available to Peruvian passport holders in countries such as the Philippines, Singapore, Russia, Turkey, and the entire European Union. Peruvian citizens, on the other hand, need a visa to visit 91 countries around the world. China, India, and the United States are among the countries that require a visa. The mobility score on a passport is regarded good.