You have to feel it!

The Paraguayan Republic is divided into 17 departments. It's in South America's Central region. Argentina, Bolivia, and Brazil are the countries that border the country. Central, Alto Paraná, and Distrito Capital are the most important departments. The country of Paraguay covers a total area of 406,757 square kilometers. As a result, it is South America's eighth largest country. The country's topography has a diverse range of terrains, from plains to marshes and woods. It has a climate that ranges from subtropical to temperate. There are over 7.2 million people in the city. Asunción is the country's capital. It is also the most populated city, having a population of 521,559 people. Ciudad Del Este, San Lorenzo, and Luque are also prominent cities. With 1.2 million passengers per year, the largest airport is Silvio Pettirossi International Airport (ASU). Silvio Pettirossi, a paraguayan aviator, was the inspiration for the name. Flights to Latin and North American countries, as well as a direct trip to Madrid, are available from the airport. It also houses LATAM Paraguay, the country's national airline.

The culture of Paraguay is predominantly influenced by European and Guaraní ancestors. The main religion is Roman Catholicism. Spanish and Guarani are the official languages of the country. The civil law system underpins the legal system. A presidential republic is the government type, with elections every five years.

The Paraguayan guarani is the country's official currency (PYG). The country has an open economy, with a GDP of roughly $101 billion. This places it as South America's 12th largest economy. Its residents have a $15,030 per capita income. The GDP is primarily composed of two primary sectors: services and industries. Sugar, cement, textiles, timber, cotton, sugarcane, soybeans, and corn are the principal exports. The country is the world's fifth-largest soybean producer.

Paraguay has a wide range of tourist attractions, both urban and natural. The country is noted for its historic buildings and one UNESCO world heritage site. Saltos del Monday, Ita Letra, Itaipu Dam, Ybycui National Park, Manzana de la Rivera, and the Pantanal wetlands are also popular tourist spots. With about 600,000 visitors each year, the country remains one of the least frequented in South America. The majority of visitors come from the United States and surrounding countries. Fishing is the most popular tourist activity in Pilar, attracting visitors from all over the world. 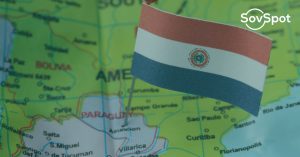 The newly modified Immigration legislation was passed by Paraguayan legislators on October 18, 2022. The Highlights of the 2022 Paraguay Residency Program in TLDR form: 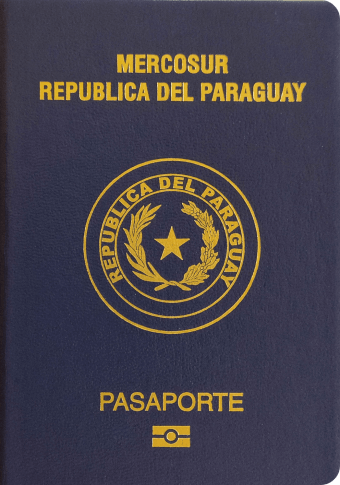 According to the SovSpot Passport Ranking Index, the Paraguayan passport is presently ranked 33rd. It allows people to travel to 145 countries without needing a visa. Visa-free travel and visa-on-arrival are available to Paraguayan passport holders in countries such as the Philippines, Singapore, Russia, Turkey, and the entire European Union. Citizens of Paraguay, on the other hand, need a visa to visit roughly 84 countries around the world. China, India, and the United States are among the countries that require a visa. The mobility score on a passport is regarded good.