Papua New Guinea is an independent state that used to be a British colony. It has 22 provinces. Morobe, Eastern Highlands, and Southern Highlands are the most important provinces. The country is made up of a group of islands in the South Pacific Ocean. It shares a border with Indonesia. It covers 462,840 square kilometers of land. Mountains and lowlands along the coast make up the country's landscape. It has a tropical marine climate with only small changes in temperature throughout the year and two monsoon seasons. About 8.9 million people live in the country as a whole. Port Moresby is the country's capital and largest city, with 383,000 people living there. Lae and Arawa are two other important cities. Jacksons International Airport (POM), which serves 1.4 million people each year, is the country's largest international airport. The airport is where the national airline, Air Niugini, is based and has flights to places in Oceania and nearby islands.

There are more than 1,000 different cultural groups that live in different parts of Papua New Guinea. Protestantism is the most common religion. Tok Pisin, English, and Hiri Motu are the official languages. The legal system in Papua New Guinea is based on English common law and traditional law. The form of government is a parliamentary republic with a constitutional monarchy. Queen Elizabeth II is the head of state and represents the monarchy and the Prime Minister is in charge of the government.

The Papua New Guinean kina (PGK) is the official currency. The country's economy is open, and it has a gross domestic product (GDP) of about $32.3 billion. This makes it the third largest economy in Oceania. The average income of its people is $3,764. The services, agriculture, and industry sectors make up most of the GDP. Papua New Guinea has a lot of different kinds of natural resources, but it is hard to get at them because of the rough terrain. Gold, copper, palm oil, and coffee are the main things the country sells abroad.

There are a lot of natural places to visit in the country. It is known for its big beaches, nature, and UNESCO world heritage site. The National Museum and Art Gallery, the Varirata National Park, the Rainforest, the Tari Basin Muschu Island, and the capital, Port Moresby, are some of the most popular places to visit. The most popular things to do by tourists are fishing, scuba diving, surfing, water sports, and hiking. About 200,000 tourists visit the island country every year, and most of them come from the countries that surround it. 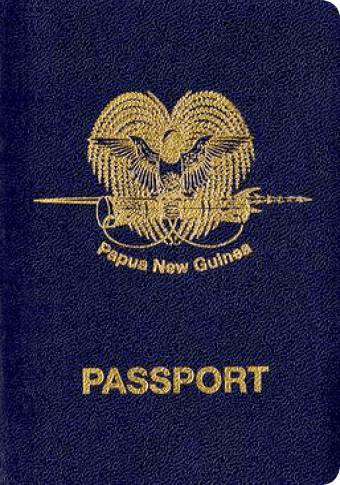 According to the SovSpot Passport Ranking Index, the Papua New Guinean passport is now ranked 63rd. It allows citizens of 84 countries to travel without a visa. It receives a medium mobility score as a result of this. Visa-free travel and visa-on-arrival are available to Papua New Guinean passport holders in countries such as Singapore, the United Kingdom, Canada, Kenya, and Israel. Papua New Guineans need a visa to travel to roughly 145 countries. This high visa requirement results in a low mobility score and necessitates extensive trip planning prior to departure. Taiwan, the United States, and the whole European Union are among the countries that require a visa.