There are four parts that make up the Palestinian Territories. It is in the Middle East and shares borders with Egypt, Israel, and Jordan. The West Bank and the Gaza Strip are the most important places. The land area of the country as a whole is 6,020 square kilometers. It's mostly flat, but there are some plateaus and hills. The climate along the coast is Mediterranean, while the rest of the country is a desert. There are more than 5 million people living there. Jerusalem is the country's capital. It is also the city with the most people, with more than 936,425 million people living there. There is no airport in the country. To get to Palestine by land, residents and visitors must go to the airports of Israel's neighbors or Jordan.

Islam is the main part of Palestinian culture, and everyone there is a Muslim. Arabic is the main language. Sharia law has a lot to do with the basic law, which is the legal system. The type of government is a unitary semi-presidential republic at the moment. President Mahmoud Abbas is in charge of the country right now, and Prime Minister Mohammad Shtayyeh is in charge of the government.

There is no official currency in Palestine, so people use a variety of ways to pay. You can pay with the Israeli new shekel, the Egyptian pound, or the Jordanian dinar. The economy is open, and the country has a GDP of about $26.4 billion. The income per person is $5,795. The services sector and industry make up the largest part of the GDP. Olives, fruit, vegetables, textiles, and flowers are the main things that are sent out of the country. Agriculture and foreign aid are two of the most important things that add to the GDP.

Palestine has many places that tourists can visit to learn about its history and culture. There are three UNESCO world heritage sites in the country as a whole. The Mar Saba Monastery, the Yasser Arafat Museum, Hisham's Palace, the Freedom Theater, the Church of the Nativity, and the Samaritan Ruins are the most popular places to visit. It's hard to say how many tourists visit the territories every year because most of them only stay for a few hours on day trips. If you count people who just come for the day, there are about 1.5 million visitors a year, most of them from Europe. 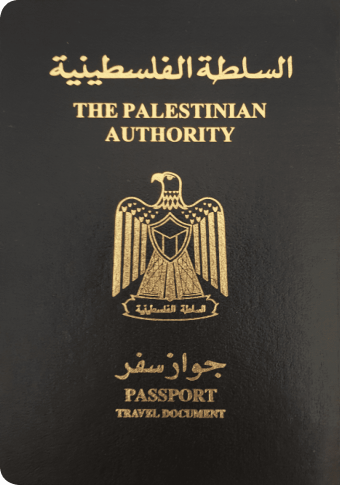 According to the SovSpot Passport Ranking Index, the Palestinian passport presently ranks 106th. It is regarded as one of the world's lowest-ranking passports. Only 35 countries, including Sri Lanka, Dominica, Singapore, and the Seychelles, allow Palestinian passport holders to travel visa-free. A Palestinian passport holder is required to obtain a visa for 194 destinations before traveling. As a result, the passport raking is extremely low on the total global mobility score. Palestinians must apply for a visa in advance for key locations such as the United States and the European Union. Applicants must show documentation such as evidence of funds and a return airline ticket when applying for a visa.