The Island Republic of Palau has 16 regions and is made up of 340 islands. Koror, Airai, and Peleliu are the most important places. It is in the Pacific Ocean, southeast of the Philippines. It is in Oceania. There are both low-lying coral atolls and large reefs in Palau, as well as high mountains. It has a tropical climate that is hot and humid, and from May to November it rains a lot. The islands cover a total area of 459 square kilometers, which makes it the fourth smallest country in Oceania. In total, there are about 17,907 people living there. Ngerulmud is the country's capital. Koror City, which has about 14,000 people, is the city with the most people. The cities of Ulimang and Angaur are also very important. Roman Tmetuchl International Airport is the largest international airport in the country (ROR). The airport is named after Roman Tmetuchl, a politician. From the airport, you can get to both local and international destinations.

Christianity is the religion that most people in the country follow. English and Palauan are the official languages of the country. The law in Palau is a mix of civil law, common law, and customary law. A presidential republic is the type of government with elections every four years.

The United States Dollar is the official currency (USD). The country's economy is open, and it has a gross domestic product (GDP) of about $300 million. This is the fifth lowest GDP in Oceania. The average income of its people is $16,296. Most of the GDP comes from the service and industry sectors. Tourism and fishing are the most important parts of the economy. The government of the United States gives money to other countries. The country's main exports are fish, oil, machinery, coconuts, cassava, and chestnuts at the moment. The United States, Mexico, and Japan are the main countries with which it trades goods.

The number of tourists going to the Republic of Palau is growing. It has many beautiful natural reserves and reefs that haven't been touched by humans. It is known for its long beaches, fishing, surfing, and diving. It has one site that is on the list of UNESCO World Heritage Sites. The capital, Ngerulmud, the Jellyfish Lake, the Rock Islands, Meyuns, Clear Lake, and Melekeok are some of the most popular places to visit. About 106,000 tourists visit the island nation every year. Most of them come from New Zealand, Australia, and other nearby countries. 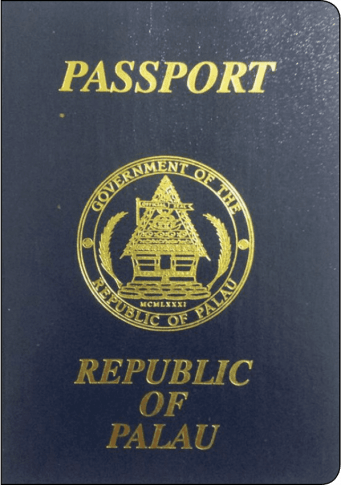 According to the SovSpot Passport Ranking Index, the Palauan passport is now ranked 49th. It allows entrance to 123 countries without requiring a visa. It receives a medium mobility score as a result of this. Visa-free travel and visa-on-arrival are available to Palauan passport holders in countries such as Singapore, the United Kingdom, the United States, and the whole European Union. Palauan nationals, on the other hand, need a visa to visit roughly 106 countries. China, Japan, and Ukraine are among the countries that require a visa.