The Republic of North Macedonia is a country in the Balkans that is made up of 8 different regions. It is in the southeast corner of Europe, near Albania, Greece, Bulgaria, Serbia, and Kosovo. Skopje, Polog, and Pelagonia are the three most important places. The country is one of the smaller ones on the continent because it is only 25,713 square kilometers big. Most of the time, the weather is Mediterranean, with cool winters and hot, dry summers. Mountains and deep valleys make up its landscape.; There are more than 2 million people living there. The country's capital is Skopje, which is also the city with the most people. Bitola, Kumanovo, and Prilep are the cities with the next most people. Skopje International Airport (SKP), which has 2.3 million passengers a year, is the largest airport. It is the 16th busiest airport in the Balkans because of this. The airport in Skopje has great flight connections to all of Europe and beyond.

Macedonian culture is based on a mix of languages and old ways of life. The Macedonian Orthodox Religion is the most important one. Macedonian is the main language. The legal system is based on civil law, and acts of the government are reviewed by the courts. It is a parliamentary republic with elections every five years.

The country's official currency is the Macedonian Denar (MKD). The economy is open, and the country has a GDP of about $33 billion. The average income of its people is $16,253. Macedonia was able to get a lot of foreign investment and keep its GDP growing at a steady rate. Services and industry are the two main parts that make up most of the GDP. Its main exports are drinks, textiles, chemicals, tobacco, grapes, and vegetables.

Macedonia has a lot of different places to visit, both in cities and in the countryside. It is known for its beautiful old buildings and many cultural aspects. There is one UNESCO site in the country. Mavrovo National Park, Ohrid, Bitola, Kratovo, Pelister National Park, and Struga are some of the most popular places to visit. About 1.1 million tourists visit the country every year. Most tourists come from Europe and the countries around it, which makes it a very popular place to visit, especially for people from the area. 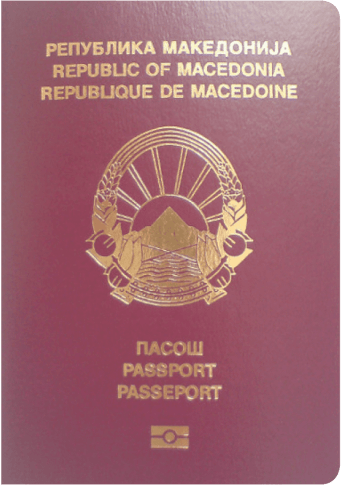