The Kingdom of the Netherlands is made up of 12 provinces and is in the European Union. Germany, Belgium, and the North Sea are its closest neighbors. South Holland, North Holland, and North Brabant are the most important provinces. The Netherlands is one of the smaller countries in the European Union. It has an area of 41,865 square kilometers, which makes it one of the smallest countries in the world. It has a temperate climate, so the winters are mild and the summers are cool. There are lowlands along the coast and some hills in the south-east. There are more than 17.4 million people living there. Amsterdam is the country's capital and largest city, with more than 862,000 people living there. Rotterdam and The Hague are also important cities. Amsterdam Airport Schiphol (AMS), which has 71 million passengers per year, is the biggest airport. This makes it the world's 12th busiest airport. There are flights to every continent from Amsterdam Airport.

The Dutch culture has been shaped by the Kingdom's trade and colonization efforts. Christianity is the religion that most people follow. The country's official languages are Dutch and Fryslan. The system of law is based on the French Civil Code and is called "civil law." The type of government is a parliament-based constitutional monarchy, and King Wilhelm Alexander is the head of state. Prime Minister Mark Rutte is in charge of the government right now.

The country's official currency is the Euro (EUR). The country's economy is open, and it has a gross domestic product (GDP) of about $1 trillion, which makes it the 9th largest economy in Europe. The average income of its people is $58,255. Services and industry are the two main parts that make up most of the GDP. Its main exports are metal and engineering products, electrical machinery, vegetables, dairy, and meat. The country is one of the largest exporters of agricultural goods in the world. About 5.5 percent of the GDP comes from tourism.

There are many different places to visit in the Netherlands, both in cities and in the countryside. Due to its history of exploration, it is known for its beautiful towns and many different cultural aspects. The Jardaan, the Amsterdam canals, the Keukenhof, the Rijksmuseum, the van Gogh Museum, the Windmills, and the De Hoge Veluwe National Park are some of the most popular places to visit. About 19 million tourists come to the country every year, and most of them come from Germany, Belgium, and the United Kingdom. 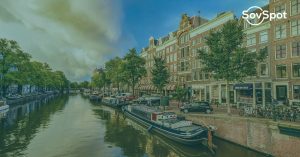 A child instantly becomes a Dutch citizen by birth, acknowledgement, or adoption. This is also known as obtaining Dutch citizenship by descent, since The Netherlands 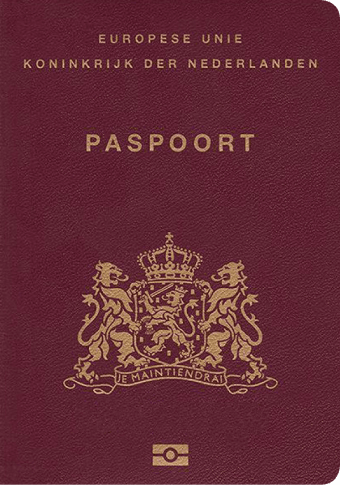 The Netherlands offers numerous residency benefits to those who choose to live there. One of the main benefits is that residents are allowed to work in The Netherlands without the need for a work permit. Additionally, residents are entitled to free healthcare and education, and they also enjoy a lower cost of living than in many other countries. The Netherlands also provides a safe and welcoming environment for families and individuals of all backgrounds. In addition, The Netherlands has a strong economy and is home to many international companies, making it an attractive option for those looking to relocate.

According to the SovSpot Passport Ranking Index, the Dutch passport is presently ranked 6th. It allows entrance to 191 countries without requiring a visa. As a result, it is one of the world's most sought passports, having a very high mobility score. Visa-free travel and visas on arrival are available to Dutch passport holders in countries such as Brazil, Japan, the United Kingdom, Taiwan, the United Arab Emirates, the United States, and the European Union as a whole, providing near-instant travel around the world. Dutch passport holders, on the other hand, need a visa to access around 38 countries throughout the world, including China and Russia.

In the Netherlands, nationality is determined only through jus sanguinis, and jus soli is rarely given. Therefore, if your parents are foreign citizens, you are not a Dutch citizen even though you were born in the Netherlands.