The Republic of Nauru is a country that used to be an Australian colony. It has 14 districts. Denigomodu, Meneng, and Aiwo are the most important places. The country is an island in the South Pacific Ocean, in Oceania, just south of the Marshall Islands. It is only 21 square kilometers in size. In the middle of the country is a phosphate plateau, which is surrounded by a ring of fertile land and a beach. It has a mostly tropical climate, and from November to February, it rains a lot because of the monsoon. About 10,670 people live there. Yaren is the country's capital. Denigomodu, which has 2,827 people, is the city with the most people, though. Nauru International Airport is the largest international airport in the country (INU). It is the only airport on the island, and Nauru Airlines, the country's main airline, is based there. Kiribati, the Marshall Islands, and Australia can all be reached from the airport.

The west has had a big impact on Nauruan culture, and almost all of their traditions have died out. Protestantism is the most common religion. Nauruan is the main language. The English common law and the customary law are both parts of Nauru's legal system. A parliamentary republic is the type of government. Every three years, elections are held.

The official currency is the Australian Dollar (AUD). The economy is open, and the country's gross domestic product (GDP) is about $160 million. This makes it the second-smallest economy in Oceania. The average income of its people is $12,052. Most of the GDP comes from the service and industry sectors. Phosphate and fish are the only things that bring in money for the country. Even though there won't be any more phosphate in 30 years, the government is investing in trust funds to make sure it has money.

The Republic of Nauru doesn't have many places for tourists to go. It is known for its long beaches, places where phosphate is mined, and sea life. The Anibare Bay, the central plateau, the Japanese Guns, the Government and Parliament House, the Moqua Well, and the Buada Lagoon are some of the most popular places to visit. Fishing, scuba diving, and hiking are the most popular things to do by tourists. Only about 200 tourists visit the island country every year, and most of them come from Australia. Because of this, tourism is still in its early stages of growth. 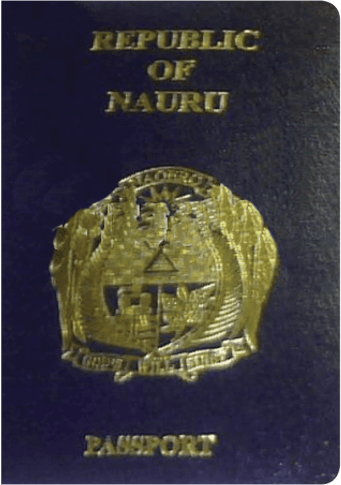 According to the SovSpot Passport Ranking Index, the Nauruan passport is now ranked 59th. It allows citizens of 91 countries to travel without a visa. It receives a medium mobility score as a result of this. Visa-free travel and visa-on-arrival are available to Nauruan passport holders in countries such as Singapore, Russia, the United Kingdom, Kenya, and Israel. About 138 places require a visa for Nauruan citizens. This high visa requirement results in a medium-low mobility score and necessitates extensive trip planning prior to departure. China, the United States, and the whole European Union are among the nations that require a visa.