Montenegro is a Balkan country with 24 different cities and towns. It is in the southeast of Europe, next to Serbia, Bosnia and Herzegovina, Albania, and Kosovo. The most important municipalities are Podgorica, Niksic and Bijelo Polje. The country is one of the smaller ones on the continent because it is only 13,812 square kilometers big. Most of the time, the weather is Mediterranean, with cool winters and hot, dry summers. Its landscape is made up of narrow coastal plains, rough mountains, and plateaus. About 622,359 people live there in total. The country's capital is Podgorica, which is also the city with the most people. Niksic and Herceg Novi are the next two cities with the most people. With 1.2 million passengers a year, Podgorica Airport (TGD) is the busiest airport. It is the 23rd busiest airport in the Balkans because of this. The airport in Podgorica has great flight connections to all of Europe and beyond.

The culture of Montenegro is shaped by a mix of languages and historical cultures. The Orthodox Religion is the main one. Montenegrin is the main language. The system of law is called "civil law." It is a parliamentary republic, which is a type of government. Every five years, elections are held, and the president is chosen directly by the people.

The country's official currency is the Euro (EUR). The economy is open, and the country has a GDP of about $13 billion. The average income of its people is $20,977. Montenegro was able to keep getting foreign investment and keep growing its GDP. Services and industry are the two main parts that make up most of the GDP. Steel, aluminum, tobacco, potatoes, citrus fruits, and olives are the main things it sells abroad. Tourism is also a big part of the GDP because it brings in more than 20% of the income.

Montenegro has a lot of different places to visit, both in cities and in nature. It is known for its beautiful old buildings and many cultural aspects. The country is proud of its four UNESCO sites. Ulcinij, Biogradska Gora National Park, Sveti Stefan Kotor, Budva, and Durmitor National Park are some of the most popular places to visit. Every year, there are about 622,359 tourists who visit the country. Most tourists come from Europe and the countries around it, which makes it a very popular place to visit, especially for people from the area. 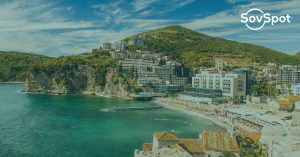 Citizenship in Montenegro can be obtained by donating €100,000 to the government and investing in pre-approved real estate projects worth €250,000 in the northern region 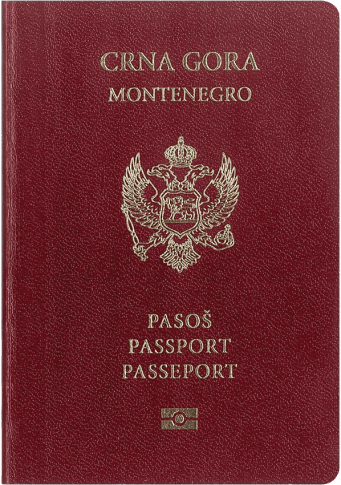