The Principality of Monaco is a small country on the French Riviera. It is made up of ten wards. It is in Europe, and the only country next to it is France. To the south is the Mediterranean Sea. Monaco-City, Monte-Carlo/Spélugues, and la Rousse are the most important wards. Monaco is the second-smallest independent country in Europe. It is only 2.1 square kilometers big, which makes it the second-smallest country in the world. It has a Mediterranean climate, so the summers are hot and dry and the winters are mild and wet. Hills and rocky cliffs make up most of the land. The total number of people is 38,300. Monaco is both the country's capital and its most populous city. Monaco doesn't have an airport. Instead, it has a heliport called Monaco Heliport (MCM). Monegasque people need to go to Nice, which is in neighboring France, to take international or European flights.

France, which is close to Monaco, has had a big impact on its culture. Most of the people there are Roman Catholic. French is the main language. The legal system is based on civil law with some French law thrown in. It is a constitutional monarchy, which is the type of government. Prince Albert II is the head of state, and Minister of State Serge Telle is in charge of running the government.

The country's official currency is the Euro (EUR). The economy is open, and the country has a GDP of about $6.6 billion. Monaco's economy is one of the smallest in Europe. Its people, on the other hand, have one of the highest incomes per person, at $114,600. Services and industry are the two main parts that make up most of the GDP. The economy is very diverse, and the financial sector is a strong one. Many companies are moving their headquarters to the country because it has low taxes.

Most people know Monaco for its beautiful coast and quiet, exclusive feel. Monte Carlo, the Palais du Prince, the Musée Oceanographique, the Jadrin Exotique, the Cathedral, the Opera, and the famous harbor are some of the top places to visit. Because it is close to France, it gets a lot of day tourists. About 347,000 tourists visit the country every year, and most of them come from Europe and the countries near it. Monaco is pretty pricey, so most tourists are also high spenders who help the tourism economy by staying longer and spending more. 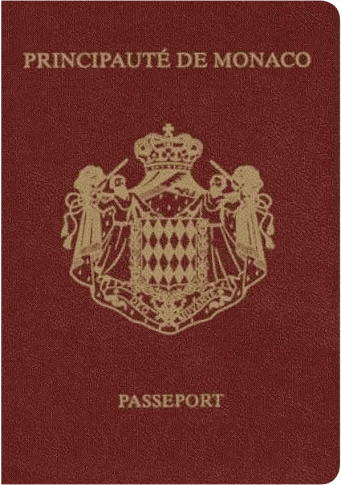 Monaco is an attractive destination for many reasons: its Mediterranean climate, its world-class infrastructure and its low taxes. But one of the most appealing aspects of Monaco is its permanent residency program, called Carte de Sejour. Remember that Monaco does not allow dual citizenship, so if you want to apply for Monaco citizenship after 10 years you will have to renounce your current citizenships first.

According to the SovSpot Passport Ranking Index, the Monegasque passport is presently ranked 15th. It allows people to travel to 180 countries without needing a visa. As a result, it is one of the world's most sought passports, having a very high mobility score. Visa-free and visa-on-arrival entry is available to Monegasque passport holders in countries such as Brazil, Japan, the United Kingdom, the United States, and the whole European Union, allowing for nearly rapid travel around the world. Monegasque passport holders, on the other hand, need a visa to enter roughly 49 countries throughout the world, including China, India, and Russia.