Discover the routes of Life

The Republic of Moldova is a country that has no coastline and is made up of 32 districts. It is in Eastern Europe. To the north and south, it borders Ukraine, and to the west, it borders Romania. Orhei, Cahul, and Hincesti are the most important places. The country is the 33rd largest in Europe based on its size, which is 33,846 square kilometers. It is mostly made up of rolling steppes. It has a moderate climate, with mild winters and warm summers. The total number of people is 2.6 million. Chisinau is the capital of the country. It is also the largest city, with 700,000 people. Tiraspol, Balti, and Bender are also important cities. Chisinau International Airport (KIV), which has 2.9 million passengers a year, is the largest airport. The airport is also where the national airline, Air Moldova, has its main office. Chisinau Airport has good flight connections to all of the countries in the European Union and to Russia.

Most of Moldavian culture comes from its roots in Romania. 90 percent of the people follow the Orthodox faith, which is the main religion. Moldovan is the main language. The legal system is based on civil law, and the legislative acts are looked over by the constitutional court. It is a parliamentary republic, which is a type of government. Every four years elections are held, and the president is chosen directly by the people who vote.

The country's official currency is the Moldovan Ieu (MDL). The economy is open, and the country has a GDP of about $27.2 billion. The average income of its people is $13,574. Most of the GDP comes from three key areas: agriculture, industry, and tourism. The main things that Moldavia sells abroad are vegetable oil, seeds, textiles, fruits, grains, and tobacco.

The Republic of Moldova has a wide range of urban and natural places for tourists to visit. It is still one of Europe's tourist spots that is getting better. It is best known for its wine, so there are many wine tours and other things to do there. Chisinau, the capital, Orheiul Vechi, the Cricova Winery, the Tipova Monastery, the Saharna, Soroca, and the Royal Forest Natural Reserve are the most popular places to visit. About 2.8 million tourists visit the country every year. Most tourists come from Europe and the CIS, which makes it a very popular place to visit for people in the area. 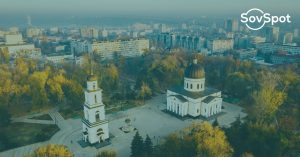 The Moldova citizenship by investment scheme expired on September 1, 2020. Investor applications received prior to the program’s closure were taken into consideration. The Moldova 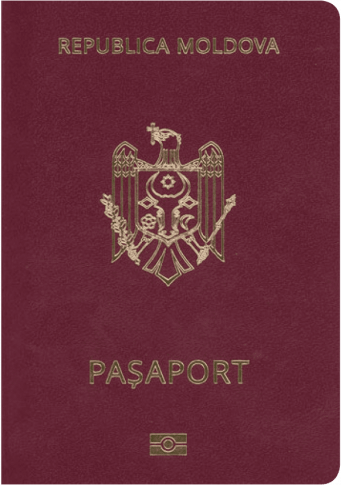 According to the SovSpot Passport Ranking Index, the Moldavian passport is presently ranked 49th. It allows entrance to 123 countries without requiring a visa. This results in an overall mobility score of middling. Visa-free travel and visa-on-arrival are available to Moldavian passport holders in countries such as Russia, Indonesia, Turkey, and the European Union as a whole. This enables for practically instantaneous travel around the planet. Moldavian passport holders, on the other hand, need a visa to visit around 106 countries throughout the world. Australia, Japan, and India are among the countries that require a visa.