Live it to believe it

The United Mexican States are a group of 31 states that used to be a Spanish colony. Mexiko, Veracruz, and Jalisco are the three most important states. The country is in North America. It shares borders with the U.S., Guatemala, and Belize. Mexico is the 13th largest country in the world based on its size, which is 1,972,550 square kilometers. There are rough mountains, flat coastal plains, and high plateaus in the country. It has a wide range of climates, from tropical to desert. About 128 million people live in the world as a whole. Mexico City is both the country's capital and its most populous city, with 8.9 million people. Ecatepec, Guadalajara, and Puebla City are also very important cities. Mexico City International Airport (MEX), which serves 53 million people each year, is the country's largest international airport. It is the 33rd busiest airport in the world because of this. The airport gives people access to places all over the world.

Mexico's culture is a mix of what the native people did and what the Spanish did. Most of the people there are Catholic. Spanish is the main language. The Mexican legal system is based on civil law, but it also has some ideas from US constitutional law. Mexico is a federal presidential republic.

The official currency is the Mexican Peso (MXN). The country's economy is open, and it has a gross domestic product (GDP) of about $2.7 trillion. This makes it the 11th largest economy in the world. The average income of its people is $21,362. Most of the GDP comes from the service and industry sectors. Mexico puts a lot of importance on manufacturing, especially with the United States, which is its biggest trading partner. Electronics, auto parts, oil, fruits, vegetables, and coffee are also big exports. The country produces more silver than any other country in the world.

There are many different urban and natural places to visit in Mexico. Because of this, it is one of the most visited places in the world. It is famous for its big beaches and beautiful nature. Teotihuacan, Chichen Itza, Tulum, Copper Canyon, Palenque, Cozumel, and the capital, Mexico City, are some of the most popular places to visit. Fishing, sightseeing, scuba diving, water sports, and hiking are the most popular things to do as a tourist. About 45 million tourists visit the island country every year, with most of them coming from North America and Europe. Also, it is a very popular place for day trips from cruise ships. 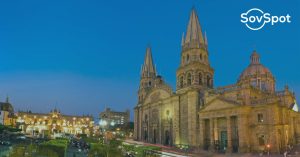 Although Mexico does not offer a digital nomad visa or a visa expressly for remote work, Digital Nomads do have a few choices for navigating 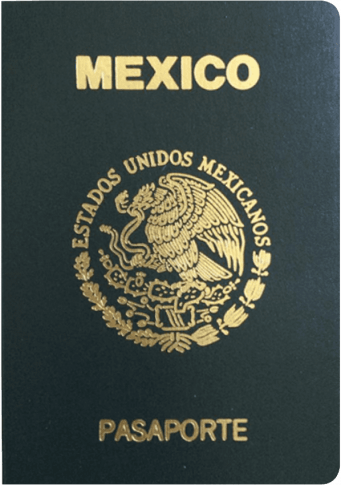 Mexico is a land full of opportunity for those looking to invest. With its thriving economy and rich cultural heritage, the country has a lot to offer investors. One of the biggest benefits of Mexico residency is the ability to live and work in the country. Mexico offers a relaxed lifestyle and ample opportunities for businesses to thrive. In addition, Mexico residency provides access to healthcare and education, as well as tax benefits.

According to the SovSpot Passport Ranking Index, the Mexican passport is presently ranked 25th. It allows entrance to 162 countries without requiring a visa. As a result, it has a good overall mobility score and is a desirable passport. Visa-free travel and visa-on-arrival are available to Mexican passport holders in countries such as Singapore, the United Kingdom, the United Arab Emirates, and the European Union as a whole. This enables for almost instantaneous travel opportunities all around the world. Mexican passport holders, on the other hand, need a visa to visit around 67 countries. Taiwan, the United States, and Australia are among the countries that require a visa.