The Republic of the Marshall Islands is made up of 29 atolls and 5 islands. They can be split into two groups of islands. The Majuro Atoll is the most important island. It is in the Pacific Ocean and is in Oceania. It is 181.43 square kilometers in size. Low-lying coral atolls and large reefs make up most of the geography and topography of the Marshall Islands. It has a tropical climate that is hot and humid and is close to the typhoon belt. The Marshall Islands were an important part of World War II because of their strategic location. They were also the site of several US nuclear weapons tests. The total number of people is about 58,413 people. The country's capital is Majuro, which is also the largest city with 28,000 people. Kwajalein and Arno are two other important towns. Marshall Islands International Airport is the largest international airport in the country (MAJ). The airport has flights to all domestic destinations and a small number of international ones.

Micronesians are the most important part of the culture. Protestantism is the religion that most people in the country follow. Marshallese and English are the only two official languages. The Marshallese legal system is based on common law from the United Kingdom and the United States. Customary law is also used. The system of government is a mix of a president and a legislature. President David Kabua is in charge of the country and runs the government. Every four years, people vote for President.

The United States Dollar is the official currency (USD). The economy is open, and the country has a GDP of about $215 million, which makes it the third lowest GDP in Oceania. The average income of its people is $3,789. Most of the GDP comes from the service sector. Almost all of the country's income comes from direct payments from the US. Agriculture and tourism don't amount to much. Breadfruit, tuna, coconuts, melons, and copra are the main things that the country sells abroad.

There is a small tourism industry in the Republic of the Marshall Islands. Even though it has many beautiful natural reserves, reefs, and beaches that haven't been touched by humans. It is famous for its big beaches, its history from World War II, fishing, surfing, and diving. It has one site that is on the list of UNESCO World Heritage Sites. The Arno Atoll, the Kalalin Pass, Ebeye Island, the Bikini Atoll, and the Bravo crater are some of the most popular places to visit. About 7,000 tourists visit the island country every year, and most of them come from nearby islands and Australia. 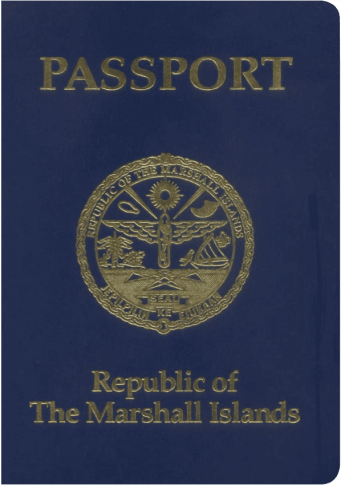 According to the SovSpot Passport Ranking Index, the Marshallese passport is presently ranked 48th. It gives 125 countries visa-free entry. As a result, it receives a high mobility rating. Visa-free travel and visa-on-arrival are available to Marshallese passport holders in countries such as Singapore, the United Kingdom, Taiwan, and the entire European Union. Marshallese people, on the other hand, need a visa to enter roughly 104 countries, necessitating more extensive trip planning. Japan, Brazil, China, Australia, and the United Arab Emirates are among the nations that require a visa.