Malta is an island that is part of the European Union. It has five different regions. It is in southern Europe, in the Mediterranean Sea. To the north, in Italy, is the country that is closest to it. Central, North, and South are the most important parts of the country. Malta is one of the smallest countries in the European Union. It is only 316 square kilometers big, which makes it one of the smallest countries in the world. It has a Mediterranean climate, so the winters are mild and rainy and the summers are hot and dry. Most of its land is flat, but there are cliffs along the coast. The total number of people is about 514,564. Valletta is the country's capital. But Birkirkara, with more than 22,000 people, is the city with the most people. The cities of Zabbar and Zebbug are also very important. Malta International Airport (MLA), which has 7.3 million passengers a year, is the largest airport. MLA airport provides connections to most destinations in Europe. This is a big reason why the country is so popular with tourists.

Maltese culture is shaped by both historical and colonial events that helped shape the country and its people. The Roman Catholic religion is followed by most people. Maltese and English are the only languages that can be used in government. The legal system is a mix of the civil law and the English common law. It is a parliamentary republic.

The country's official currency is the Euro (EUR). The country's economy is small, but it is doing well. It has a GDP of about $22.8 billion, which makes it the 44th largest economy in Europe. The average income of its people is $48,246. Most of the GDP comes from the service sector. Tourism is a big source of income for the country, both for people who come by plane and for people who come on cruise ships. Over the past few years, the GDP has grown at a steady rate of about 4%, which makes it the leader in the EU.

Malta has many places of interest for tourists, both in the city and in the countryside. It is known for its cultural and natural history, and it has 3 sites that are on the UNESCO World Heritage List. Sightseeing, hiking, going to the beach, and water sports are all popular things to do as a tourist. The capital, Valetta, the Island of Gozo, Rabat, the Tarxien Temples, and the Blue Lagoon are some of the most popular places to visit. Every year, more than 2.7 million tourists visit the country, and most of them come from European countries. 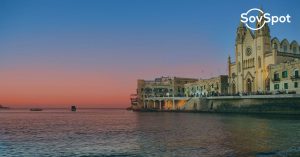 The Malta digital nomad visa was launched in 2021, and allows you to work for any employer registered outside of Malta. On this digital nomad 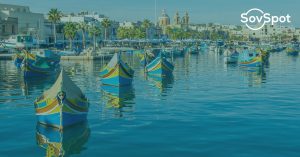 The Malta Citizenship by investment program is the last of the Mohicans in terms of quick access to EU citizenship for investors. It’s a great 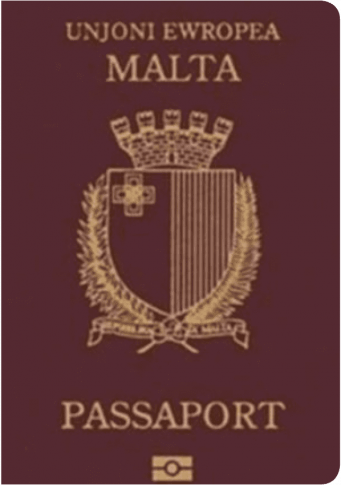 In recent years, Malta has become increasingly popular as a destination for retirees and people looking for a second home. As a result, the Maltese government has introduced a number of visa and residency options for foreigners. The most popular of these is the Malta Permanent Residence visa, which allows foreigners to live and work in Malta indefinitely.

According to the SovSpot Passport Ranking Index, the Maltese passport is presently ranked 10th. It allows people to travel to 187 countries without needing a visa. As a result, it is one of the world's most sought passports, having a very high mobility score. Visa-free and visa-on-arrival access is available to Maltese passport holders in countries such as Brazil, Japan, the United Kingdom, the United Arab Emirates, the United States, and the entire European Union, allowing for nearly quick travel around the world. Maltese passport holders, on the other hand, need a visa to visit around 42 countries throughout the world. China, India, and Oman are among the countries that require a visa.

You can apply for Malta citizenship if one of your parents or grandparents is a Maltese citizen. In addition, Malta has liberalized its citizenship laws in this regard since 2007. For instance, if you were born outside of Malta but can prove that you have a parent and grandmother (from the same direct line) who were born in Malta, you only need to register as a citizen.