There are 13 states and 3 federal territories in Malaysia. It is in Southeastern Asia and is close to Thailand, Singapore, and Indonesia. Selangor, Sabah, and Johor are the most important states. The country is the 20th largest in Asia based on its size, which is 330,803 square kilometers. It has a tropical climate with monsoons every year. There are flat areas along the coast, hills, and mountains. The total number of people is over 32,7 million. Kuala Lumpur is the country's capital. It is also the most populous city, with 1.7 million people. Seberang Perai and George Town are two other big cities. Kuala Lumpur International Airport (KUL) is Malaysia's largest international airport. It has 60 million passengers every year, making it the 21st busiest airport in the world. The airport is an important international hub with connections all over the world.

Malaysian culture is influenced by people from all over the region. It is multi-ethnic and multi-cultural. Most of the people live there are Muslim. Bahasa Malaysia is the main language. There is a mix of common law, customary law, and sharia law in the legal system. The type of government is a constitutional monarchy with a federal parliament.

The country's official currency is the Malaysian Ringgit (MYR). The country's economy is open, and it has a gross domestic product (GDP) of about $900 billion. This makes it the 4th largest economy in Southeast Asia. The average income of its people is $27,287. Services and industry are the two main parts that make up most of the GDP. The economy is very diverse and always getting better. Rubber, palm oil, oil, gas, wood, cocoa, and rice are some of the most important exports.

Most people know Malaysia for its beautiful nature and busy cities. The capital, Kuala Lumpur, the Gunung Gading National Park, Manukan Island, the Kek Lok Si Temple, the Batu Caves, the Semenggoh Nature Reserve, and Redang are some of the most popular places to visit. Because the land is so varied, you can dive, hike, surf, watch animals, and climb all in the same country. About 26 million tourists visit the country every year, and most of them come from Asia and Europe. 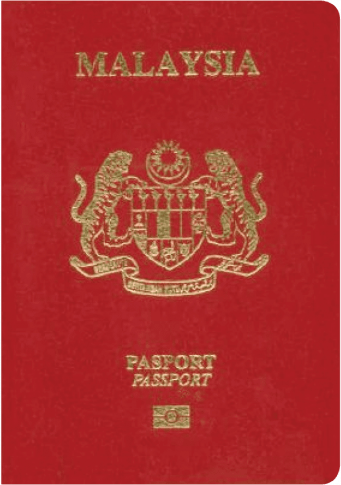 The country's capital, Kuala Lumpur, is a major financial center for Southeast Asia. Malaysia is an attractive destination for expats due to its low cost of living and its easy access to neighboring countries. Expats can find good jobs in Malaysia in industries such as finance, manufacturing, and tourism. The country also offers excellent healthcare and education opportunities. Malaysia is a great hub for Asia due to its central location and its many economic opportunities. Additional attractiveness is that there is no minimum required stay for the investment visa option.

According to the SovSpot Passport Ranking Index, the Malaysian passport is presently ranked 14th. It allows entrance to 181 countries without requiring a visa. As a result, it is one of the world's most sought passports, having a very high mobility score. Malaysian passport holders are granted visa-free or visa-on-arrival entry to countries such as Brazil, Japan, the United Kingdom, the United Arab Emirates, and the European Union as a whole, allowing them to travel practically instantly around the world. Malaysian passport holders, on the other hand, need a visa to visit around 48 countries around the world. China, India, and Russia are among the countries that require a visa.