The warm heart of Africa

The Republic of Malawi used to be a British colony. It is made up of three different areas. The country is in Southern Africa, and Mozambique, Zambia, and Tanzania are its neighbors. Malawi is 118,484 square kilometers in size. This makes it Africa's 36th biggest country. It has a subtropical climate with a wet season and a dry season. Its landscape is made up of a long, narrow plateau with some hills and mountains. There are 19 million people living in Malawi as a whole. This means that it has the 21st most people in Africa. Lilongwei is the capital of the country and also the largest city, with more than 1.1 million people living there. Blantyre, Mzuzu, and Zomba are also big cities. Lilongwe International Airport is the biggest and only international airport (LLW). Malawi can get to a few places in the country's surrounding area from the airport.

The Maravi and Bantu people, who came from southern Congo, have had an effect on Malawian culture. Indigenous religions and Christianity are both part of the official religions. English is the main language. The legal system is a mix of English law and the way things have always been done. It is a presidential republic and every five years, there are elections, and the president is chosen directly by the people.

Malawi's official currency is the Malawian Kwacha (MWK). The economy is open, and the country has a GDP of about $25 billion. The average income of its people is $1,234. The two main parts of the GDP that make up most of it are agriculture and services. For its GDP to stay steady, the country depends a lot on foreign aid from the IMF and the world bank. Tobacco, tea, sugar, corn, potatoes, and cassava are all important exports.

Malawi has a lot of natural places that tourists can visit and enjoy. It is known for having a wide range of animals and a lot of national parks that people can visit. The people are so friendly that the government calls it "The warm heart of Africa." It has two places that are on the list of UNESCO World Heritage Sites. Some of the most popular places to visit are Liwonde National Park, Blantyre, Kasungo National Park, Lake Malawi National Park, Chitimba, and the capital, Lilongwe. Every year, more than 870,000 tourists come to the country. The majority of them come from countries that are close by. 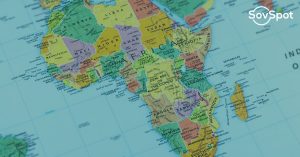 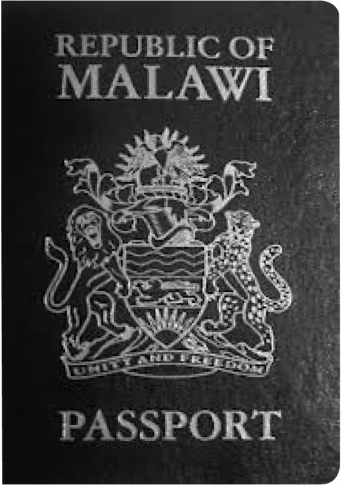 According to the SovSpot Passport Ranking Index, the Malawian passport is now ranked 72nd. It allows visa-free travel to 73 countries. This results in an overall mobility score of medium-low. Visa-free entry and visas on arrival are available to Malawian passport holders in countries such as Malaysia, Senegal, Singapore, and Ecuador. Malawians need a visa to go to roughly 156 countries across the world. The United States, the European Union, the United Kingdom, and Japan are among the countries that require a visa ahead of time.