The People's Republic of China's Macao Special Administrative Region is a self-governing area that used to be a Portuguese colony. It is made up of 7 parishes. The most important parishes are Nossa Senhora de Fátima, Santo António and Nossa Senhora do Carmo. Macao is in Eastern Asia. It is near the Pearl River Delta, which is 60 kilometers west of Hong Kong. The South China Sea is on the south and east sides of the city. It covers 115,3 square kilometers of land. The weather is humid subtropical, with warm, rainy summers and mild winters. The land is mostly flat plains, which are the result of a lot of land reclamation. There are more than 696,000 people living there. It is one of the cities with the most people living in it. Macau International Airport (MFM), with more than 9 million passengers a year, is the largest airport. The airport gives people access to places all over Asia.

Macanese culture is a mix of Chinese and Portuguese ways of life. Folk religions, Buddhism, and Christianity are the main religions. Cantonese, Mandarin, and Portuguese are the three official languages. The law is based on what is called "Portuguese common law." The type of government is a decentralized system led by the executive in a socialist republic. President of China Xi Jinping is the head of state. Ho Lat Seng is in charge of running the government. Every five years, there are elections, and the Chief Executive is chosen by the Election Committee.

The official currency is the Macau Pataca (MOP). Macao's economy is open, and it has a GDP of about $40 billion. This makes it the 6th largest economy in East Asia. The average income of its people is $58,931. The service industry is the only one that makes up most of the GDP. The gambling industry is a big part of the economy, and taxes on gambling make up more than 75% of the government's income.

Macao is a big resort city with lots of urban and cultural things to see and do. It is known for its history and casinos, which bring people there in both the winter and summer. Its gambling business is thought to be 7 times bigger than Las Vegas's. The Macao Tower, the Ruins of St. Paul's, Senado Square, A-Ma Temple, Fortaleza do Monte, the maritime museum, Guia Fortress, and Coloane Island are some of the top places to visit. About 39.4 million tourists visit it every year. The vast majority of tourists come from Mainland China. 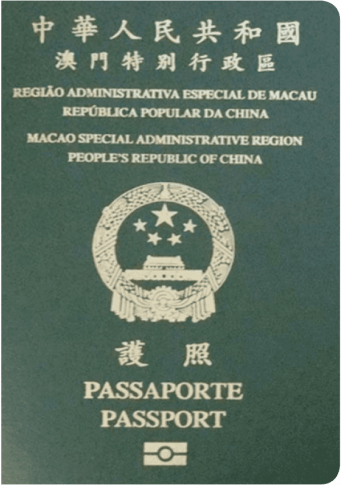 Macau is a popular tourist destination and was the world's largest gambling center in 2019. The Macau economy is dominated by the gaming, tourism, and retail sectors. Macau residents enjoy a high standard of living and a low crime rate. There is no personal income tax in Macau, and there are no restrictions on foreign currency transactions. Macau is an attractive destination for businesses due to its low taxes, lack of corruption, and infrastructure. Macau is well-connected to the rest of Asia, making it a convenient hub for businesses operating in the region.

According to the SovSpot Passport Ranking Index, the Macanese passport is now ranked 32nd. It allows entrance to 146 countries without requiring a visa. With a high mobility score, it is regarded as a coveted passport around the world. Visa-free travel and visas on arrival are available to Macanese passport holders in countries such as Brazil, the European Union, Russia, the United Kingdom, and the United Arab Emirates, allowing them to travel practically instantly around the world. A visa is required for Macanese passport holders to enter roughly 83 countries across the world. Australia, India, Ukraine, Oman, and the United States are among the nations that require a visa.