The Grand Duchy of Luxembourg has three districts and is part of the European Union. It is in Western Europe, and Belgium, France, and Germany are close by. Diekirch, Grevenmacher, and Luxembourg are the three parts. Luxembourg is one of the smallest countries in the European Union. It is only 2,586 square kilometers big, which makes it one of the smallest countries in the world. It has a continental climate, so the winters are mild and the summers are cool. Most of the land is made up of rolling hills and wide valleys. The total number of people is 626,108. Luxembourg City is both the country's capital and most populous city, with 122,273 people. Esch-sur-Alzette and Differdange are also important cities. Luxembourg Airport (LUX) is the biggest and only international airport. Each year, 3.9 million people use it. The airport in Luxembourg has many connections to cities all over Europe.

Most of Luxembourg's culture comes from Germany and France, which are close by. Luxembourg has three official languages: Luxembourgish, French, and German. The system of law is called "civil law." The type of government is a constitutional monarchy. Prime Minister Xavier Bettel is in charge of the government right now.

The country's official currency is the Euro (EUR). The country's economy is open, and it has a gross domestic product (GDP) of about $66.8 billion, which makes it the 33rd largest economy in Europe. Its people have the highest income per person in Europe, which is $112,045. Services and industry are the two main parts that make up most of the GDP. The country's key expertise in the banking and financial sector is a big part of what makes up its GDP. Iron, metals, steel, grapes, barley, oats, and potatoes are the main things it sells abroad.

Luxembourg has a lot to see and do for tourists, both in cities and in the countryside. It is known for its beautiful towns from the Middle Ages and its diverse culture, which comes from the fact that it has three official languages. The capital, Luxembourg City, and its old town, the National Museum of History and Art, the Bock Casements, the Grand Ducal Palace, and Beaufort Castle are some of the most popular places to visit. Because the roads and trains in the country are so good, many people from neighboring countries come for the day. About 1.1 million tourists visit the country every year, and most of them come from Europe and neighboring countries. 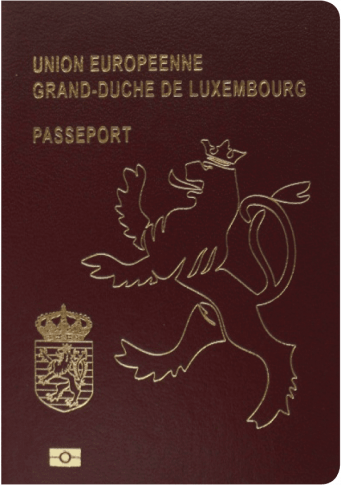 In Luxembourg, there are three primary ways to obtain citizenship through descent:

Thus, legally, Luxembourg permits citizenship by descent up to the third generation or earlier under specific conditions.

Important: The deadline for completing the first part of the "reclaim" process (producing proof that your ancestor resided in Luxembourg) was in 2018. If you have completed the initial procedure, you have until December 2022 to sign your citizenship declaration. If you missed the deadline for the first citizenship path, you should investigate the alternatives.