The European Union is made up of 10 counties that make up the Republic of Lithuania. Vilnius, Kaunas, and Klaipda are the counties that are the most important. The country is one of the Baltic States. It shares borders with Poland, Belarus, Russia, and Latvia. With an area of 65,300 square kilometers, Lithuania is the 24th largest country in Europe. It has a climate that is halfway between coastal and inland, with mild winters and cool summers. Only low plains make up the landscape. With more than 2.7 million people, it has one of the smallest populations in the European Union. Vilnius is the country's capital and largest city, with about 587,581 people living there. The cities of Kaunas and Klaipda are also very important. The airport with the most passengers is Vilnius Airport (VNO), which serves 5 million people every year. It includes both domestic and international routes that connect Lithuania to Europe and Africa.

Lithuanian culture is a mix of Polish traditions and things from the Nordic, Slavic, Germanic, and European cultures. The Roman Catholic faith is followed by the vast majority of people. Lithuanian is the main language. The system of law is based on what is called "civil law." A semipresidential republic is the type of government. The President is in charge of the country as a whole.

The country's official currency is the Euro (EUR). The country's economy is open, and it has a GDP of about $107 billion, which makes it the 31st largest economy in Europe. The average income of its people is $38,605. Services and industry are the two main parts that make up most of the GDP. Electric motors, TVs, refrigerators, furniture, textiles, grain, potatoes, and sugar beets are some of the most important things that the country exports. In the last few years, the country has had one of the fastest growing economies in Europe.

Lithuania is a great place to visit for both urban and natural historic sites. It gets a lot of visitors because it has a unique culture and a mix of Baltic traditions. There are 4 places in the country that are on the list of UNESCO World Heritage Sites. The capital, Vilnius, Trakai, the Devil's Museum, St. Anne's Church, Grutas Park, the Genocide Victim Museum, and the Aukstaitija National Museum are some of the most popular places to visit. About 3.6 million tourists visit the country every year, and most of them come from Europe and neighboring countries. 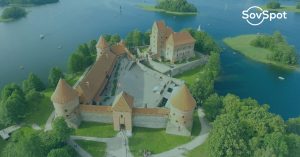 Due to modifications to Lithuania’s citizenship law that went into effect on July 1, 2016, more people can now get dual Lithuanian citizenship. For Lithuania, 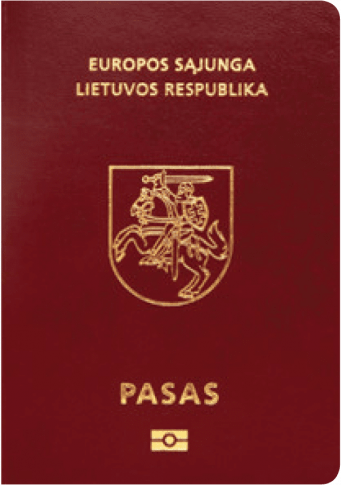 Lithuania's government is committed to attracting foreign investment and offers a number of incentives for businesses that are looking to invest in the country. The Lithuania Business Investor Visa is just one of many reasons why Lithuania is an attractive destination for businesses and investors looking for access to the Schengen area. Keep in mind Lithuania doesn't allow dual citizenship.

According to the SovSpot Passport Ranking Index, the Lithuanian passport is presently ranked 11th. It allows anyone to travel to 185 countries without needing a visa. It is one of the best-ranked passports in the world, with a high mobility score. Visa-free travel and visa-on-arrival are available to Lithuanian passport holders in countries such as the United Kingdom, United Arab Emirates, Japan, and the European Union as a whole. This enables for almost instantaneous travel opportunities all around the world. Lithuanian passport holders, on the other hand, need a visa to visit around 44 countries around the world. China, India, and Australia are among the countries that require a visa.

Lithuania allows citizenship by descent through the third generation. To qualify, at least one of your parents, grandparents, or great-grandparents must meet the qualifying requirements: