There are three parts to the State of Libya. It is in Northern Africa and shares borders with Egypt, Tunisia, Algeria, Niger, Chad, and Niger. Tripolitania is the most important province. With a total area of 1,759,541 square kilometers, the country is the 16th largest in the world. It's mostly flat, but there are some plateaus and hills. The climate along the coast is Mediterranean, while the rest of the country is a desert. The total number of people is over 6.8 million. Tripoli is the country's capital. It is also the city with the most people, with more than 3 million people living there. Mitiga International Airport (MJI) is the largest airport right now. It is a backup airport for Tripoli Airport, which was destroyed in the current conflict. The airport connects Libya to places in the region and Turkey.

96 percent of the people in Libya are Muslims, so Islam is the main part of their culture. Arabic is the main language. At the moment, the legal system is not set. Right now, the government is in a state of change, and a type has not yet been set. Fayiz Al Saraj is the head of state and government right now. He is the Chairman of the Presidential Council. The number of elections will be set after the laws are passed.

The Libyan Dinar is the official currency (LYD). The economy is open, and the country has a GDP of about $31.5 billion. The income for each person is $4,746. The services sector and industry make up the largest part of the GDP. Oil and gas make up almost all of the GDP, but oil production is still lower than it was before the revolution. Italy, which used to rule Libya as a colony, is still the country's most important trading partner.

There are many historic and culturally unique places for tourists to visit in the State of Libya. There are 5 UNESCO world heritage sites in the country as a whole. The capital, Tripoli, Leptis Magna, Benghazi, Cyrene, Ghat, Sabratha, and Waw a Naumus are the top tourist spots. Due to the ongoing wars, Libya is not giving out any tourist visas at the moment. Most governments tell their people not to travel to the country. 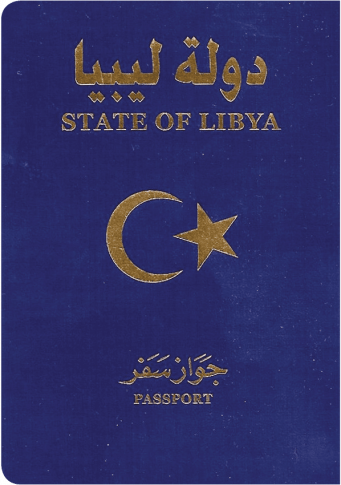 According to the SovSpot Passport Ranking Index, the Libyan passport presently ranks 102nd. It is regarded as one of the world's lowest-ranking passports. Only 41 countries offer visa-free entry to Libyan passport holders, including Sri Lanka, Dominica, Madagascar, and the Seychelles. A Libyan passport holder is required to obtain a visa for 188 destinations before going. As a result, the passport raking is extremely low on the total global mobility score. Libyans must apply for a visa in advance for key locations such as the United States and the European Union. Applicants must show documentation such as evidence of funds and a return airline ticket when applying for a visa.