The Republic of Latvia consists of 9 republic cities, 42 municipalities and is part of the European Union. The most important municipalities are Ogre, Talsi and Tukums. The nation is one of the Baltic States bordering Estonia, Lithuania, Belarus and Russia. Latvia is the 25th largest country in Europe with a surface area of 64,589 square kilometers. Its climate is maritime with moderate winters and cool summers. The terrain consists of low plains only. The overall population is over 1.9 million people, making it one of the least populous countries in the European Union. The capital of the country is Riga, which is also the most populated city with 627,487 inhabitants. Other important cities are Daugavpils, Liepāja. The largest airport is Riga International Airport (RIX) with 7.7 million annual passengers. The airport is the biggest of all Baltic states and hosts the airBaltic airline. It covers domestic and international routes connecting Latvia to Europe and Africa.

Latvian culture is a blend of Nordic and European aspects influenced by Germanic traditions. There is a multi-national mix and over half of the population follow the Christian belief. The official language is Latvian. The legal system is based on the civil Law. The government type is a parliamentary republic.

The official currency of the country is the Euro (EUR). The country has an open economy, generating a GDP of approximately $63.4 billion, which puts it on the 34th spot in Europe. Its citizens have a per capita income of $30,579. The GDP is mostly made up of 2 key sectors, which are services and industry. Some of the most important export products are processed foods, processed wood products, textiles, grain, rapeseed and vegetables.

Latvia has a variety of urban and natural historic tourism destinations. It attracts tourists for its unique culture and mix of Baltic heritages. There are 2 UNESCO world heritage sites in the country. Some of the main destinations include the capital Riga, Jurmala, Daugavpils, Sigulda, Bauska, Rundale Palace and Ogre. The nation has a total of approximately 2.9 million tourists visiting every year with the majority originating from Europe and its surrounding countries. 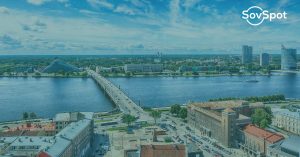 Do you have any ancestors that were born in Latvia? Perhaps a grandmother, parent, or other direct family member? Latvian citizenship can be obtained under 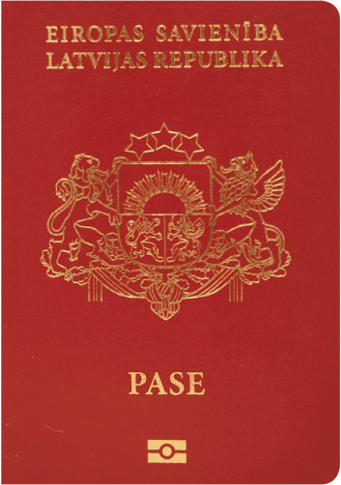 According to the SovSpot Passport Ranking Index, the Latvian passport is presently ranked 12th. It allows people to travel to 184 countries without needing a visa. It is one of the best-ranked passports in the world, with a high mobility score. Visa-free travel and visa-on-arrival are available to Latvian passport holders in countries such as the United Kingdom, United Arab Emirates, Japan, and the European Union as a whole. This enables for almost instantaneous travel opportunities all around the world. Latvian passport holders, on the other hand, need a visa to visit around 45 countries throughout the world. China, India, and Australia are among the countries that require a visa.

According to Latvia's Citizenship Laws, you are eligible for citizenship by descent if you meet the following criteria: