The landlocked Republic of Kosovo is located in Southeastern Europe and is made of 7 districts. It borders North Macedonia, Albania, Montenegro and Serbia. The most significant districts are Pristina, Prizren and Mitrovica. The country has a total surface area of 10,887 square kilometers. The terrain is dominated by a flat fluvial basin surrounded by high mountains. The highest peak is Gjeravica at 2,656 meters high. The climate is continental with very cold winters and hot summers with Alpine and Mediterranean influences. The overall population is 1.8 million people. The capital of the country is Pristina, which is also the most populous city with over 198,000 inhabitants followed by Prizren and Gjilan. The largest and only airport is Pristina International Airport “Adem Jashari” (PRN) with an approximately yearly passenger traffic of 2.3 million people. The airport is named after Adem Jashari, the founder of Kosovo liberation army. The airport connects to several destinations in Europe.

Kosovo’s culture is a mix of influences from all parts of former Yugoslavia. The official languages are Albanian and Serbian. The legal system is the civil law. The government form is a parliamentary republic.

The circulated currency of the country is the Euro (EUR). Kosovo has an open economy, generating a GDP of approximately $23.5 billion, making it the 43rd largest economy in Europe. The per capita income is $13,017. The main portion of the GDP is generated by the services and industry sector. GDP growth has been slow and the country still relies on foreign aid. Major GDP contributor are also remittances from abroad accounting for 17% of the GDP. Other important export products are lead, zinc, nickel, wheat and corn.

The country has a developing tourism sector and many natural and culturally unique attractions for tourists to explore. Some of the most popular tourist destinations are The Visoki Monastery, the bear sanctuary, the Patriarchate of Peć, the Prizren Fortress, the Museum of Kosovo and the St. George Cathedral. Pristina also offers a variety of museums and exhibitions showcasing the history and natural beauty of the country. 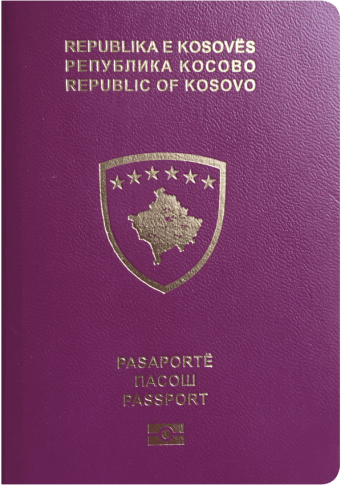 According to the SovSpot Passport Ranking Index, the Kosovan passport is now ranked 101st. It is regarded as one of the world's lowest-ranking passports. Only 42 countries offer visa-free travel to Kosovan passport holders, including Sri Lanka, Dominica, Madagascar, and the Seychelles. A Kosovan passport holder is required to obtain a visa for 187 places before traveling. The passport raking is low on the overall global mobility score because of this. Kosovans must apply for a visa in advance for major destinations such as the United States and the European Union. Applicants must show documentation such as evidence of funds and a return airline ticket when applying for a visa.