The island nation of Jamaica is a former British colony consisting of 14 parishes. The most important parishes are Saint Andrew, Saint Catherine and Clarendon. The country is situated in the Caribbean, south of Cuba. It has a surface of 10,991 square kilometers. The nation’s terrain is mostly mountainous with narrow coastal plains. Its climate is tropical, hot and humid with no major variations throughout the year. The overall population is approximately 2.7 million people. The capital of the country is Kingston, which is also the most populous city with 1.2 million people. Other major cities are Spanish Town and Portmore. The country’s largest international airport is Sangster International Airport (MBJ) with 4.7 million annual passengers. This makes it the 4th busiest airport in the Caribbean. It is named after the former Prime Minister Sir Donald Sangster. The airport provides access to destinations in the Caribbean, Europe and the Americas.

Jamaica has mix of African, Chinese, Indian and European cultures. The majority of the population identify themselves as Christians with around 64% being Protestant. The official language is English. Jamaican legal system is based on the English common law. The government form is a parliamentary democracy under a constitutional monarchy.

The official currency is the Jamaican Dollar (JMD). The country has an open economy, generating a GDP of approximately $26.9 billion. It is the 27th largest economy in the list of Commonwealth countries. Its citizens have a per capita income of $9,434. The GDP is mostly made up of the services and industry sector with tourism, foreign remittances and mining contributing the vast majority to the country’s income. Tourism plays a major role by covering 20% of the overall GDP. The GDP growth has been more or less stagnant in the past years at 1%.

Jamaica abounds with a variety of urban and natural tourism attractions, making it an extremely popular destination especially for North Americans. It is known for its vast beaches and nature. Some of the major destinations include the Negril Beach, the Martha Brae River, the John Crow Mountains National Park, Port Antonio, Montego Bay, the Blue hole and the capital Kingston. The main tourist activities are fishing, watersports, bird watching and hiking. The nation has a total of approximately 4.2 million tourists visiting every year with the majority originating from North America. 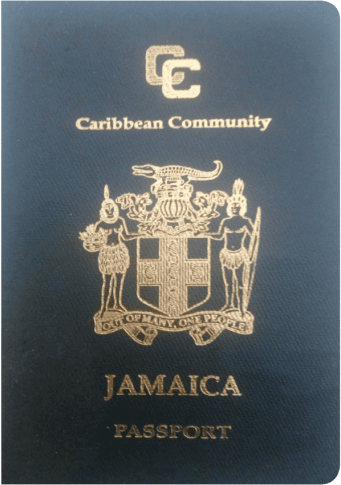 According to the SovSpot Passport Ranking Index, the Jamaican passport is now ranked 62nd. It allows citizens of 86 countries to travel without a visa. It receives a medium mobility score as a result of this. Visa-free entry and visas on arrival are available to Jamaican passport holders in countries such as Singapore, the United Kingdom, Hong Kong, Israel, and Kenya. Jamaican passport holders, on the other hand, need a visa to enter roughly 143 countries around the world, which necessitates fairly extensive trip planning. The European Union as a whole, the United States, and Australia are all visa-required destinations.