Italy has 20 regions that make up the Italian Republic, and is part of the European Union. France, Switzerland, Austria, and Slovenia are the countries bordering Italy. Lombardy, Lazio, Campania, and Sicily are the most important local regions. Italy covers 301,340 square kilometers of land. It is the 10th largest country in Europe because of this. Most of the country's land is rough and mountainous, with some plains near the coast. It has a mostly Mediterranean climate, but in the north it is alpine. The total number of people is over 60 million. The country's capital is Rome, which is also the largest city with 2.8 million people. Milan and Naples are the next two largest cities. Leonardo da Vinci-Fiumicino Airport (FCO), which has 43 million passengers a year, is the biggest airport. Milan Malpensa Airport, which has 28 million passengers a year, comes in second. The FCO airport is the 11th biggest in Europe and has flights to every part of the world.

The main religion in Italy is Roman Catholicism, which has a lot to do with Roman history and culture. Italian is the official language of the country. The legal system is based on civil law, and the Constitutional Court looks over any new laws to make sure they are fair. It is a parliamentary republic, which is a type of government.

The country's official currency is the Euro (EUR). The economy is open, and the country has a gross domestic product (GDP) of about $2.4 trillion. This makes it the 4th largest economy in Europe. The average income of its people is $40,470. Most of the GDP comes from the service sector and the industry sector. Its main exports are machinery, iron, steel, chemicals, motor vehicles, food products, fruits, vegetables, grapes, and potatoes.

Tourism is a very important part of the country's economy. It makes up about 10% of the GDP. Italy has a wide range of urban, cultural, and natural places that tourists can visit. It is famous for its rich culture and beautiful old cities, which bring tourists in both winter and summer. Italy has the most world heritage sites of any country in the world: 55. The Colosseum, the Venice Canals, Pompeii, the Leaning Tower of Pisa, Lake Como, and the Amalfi Coast are some of the most popular places to visit. About 94 million tourists visit the country every year, which puts it in fourth place in the world. Most of the visitors come from Germany, the United States, and France. 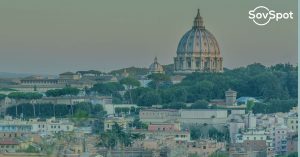 How to claim Italian citizenship by descent 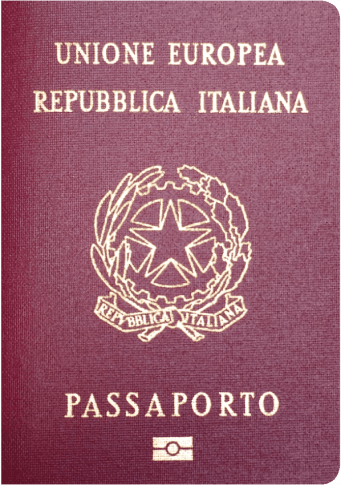 Italy offers a number of options for residency, including the Elective Residence visa, the investor visa, and other options. The Elective Residence visa is available to individuals who have sufficient financial means to support themselves and their dependents, and who can demonstrate that they have adequate health insurance. The investor visa is available to individuals who are looking to make a significant investment in Italy, and who can meet certain other requirements.

Italy, like Hungary, grants citizenship by descent up to and including the third generation. You may only trace your family tree back to 1861, when Italy was formally unified. Furthermore, Italy did not recognize maternal citizenship until 1948.