The State of Israel is in the Middle East and is made up of six districts. Tel Aviv, Haifa, and Jerusalem are the most important provinces. The country shares borders with Egypt, Jordan, Syria, and Lebanon. With an area of 20,770 square kilometers, Israel is the 16th largest country in the Middle East. There are a lot of different types of land: mountains in the center, plains along the coast, and a desert in the south. It has a mostly mild climate, but the desert areas are hot and dry. The total number of people is over 9.2 million. Jerusalem is the country's capital and largest city, with about 936,425 people living there. The next two cities are Tel Aviv and Haifa. Ben Gurion Airport (TLV), with 24 million passengers a year, is the largest airport. The second largest airport is Ramon Airport (ETM). Together, the two airports cover both domestic and international routes that connect Israel to places all over the world.

The Jewish religion and the history of the area have had a big impact on Israeli culture. Judaism is predominant. Hebrew is the main language. The legal system is based on English, Jewish, Christian, and Muslim laws, as well as the civil law. It is a parliamentary democracy.

The Israeli Shekel (ILS) is the official currency. The economy is open, and the country has a GDP of about $372 billion. Per person, its people make $40,336 a year. Services and industry are the two main parts that make up most of the GDP. The high technology industry is a big part of what makes up the GDP. Some of the most important things to export are high-tech goods, wood and paper, potash, citrus fruits, and vegetables.

Israel is a popular place to visit, and people come from all over the world to see it. Around the country, there are 9 UNESCO world heritage sites, beautiful beaches, and religious sites. In the past few years, the country has become a place where ecotourism and adventure travel are popular. Jerusalem, Haifa, Nazareth, Jaffa, the Dead Sea, Bethlehem, and the Sea of Galilee are some of the most popular places to visit. About 4.6 million tourists visit the country every year, and most of them come from Russia, Europe, and the United States. 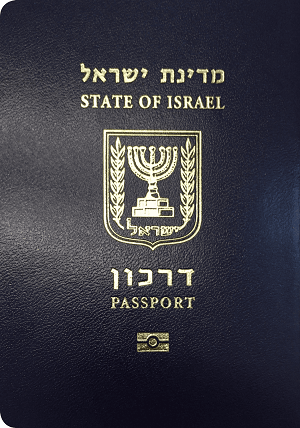 According to the SovSpot Passport Ranking Index, the Israeli passport is presently ranked 23rd. It allows entrance to 164 countries without requiring a visa. It is one of the best-ranked passports in the world, with a high mobility score. Visa-free travel and visa-on-arrival are available to Israeli passport holders in countries such as the United Kingdom, Russia, Japan, and the European Union as a whole. This enables for almost instantaneous travel opportunities all around the world. Israeli passport holders, on the other hand, need a visa to visit around 65 countries throughout the world. China, India, and the United States are among the countries that require a visa.