Ireland is an island country with 26 counties. It is a member of the European Union. The United Kingdom with Northern Ireland is the only country next to the country. The North Atlantic Ocean is all around the rest of the country. Dublin, Cork, and Limerick are the most important provinces. Ireland is 70,273 square kilometers in size. It is one of the smaller European Union countries. It has a temperate maritime climate, which means that the winters are mild and the summers are cool. Most of the land is flat, but on the west coast, there are low mountains and sea cliffs. There are more than 4.9 million people living there. Dublin is the country's capital and largest city, with more than 1.2 million people living in the metro area. The next two cities are Limerick and Cork. Dublin Airport (DUB), which gets 32 million passengers a year, is the biggest. Cork Airport, which gets 2.5 million passengers a year, comes in second.

Irish culture comes from the Celts and has a lot of history. Most people follow the Roman Catholic faith. The country's official languages are English and Irish. The law is based on what is called "common law," and the Supreme Court reviews any new laws that are passed. It is a parliamentary republic.

The country's official currency is the Euro (EUR). The country's economy is open, and it has a gross domestic product (GDP) of about $412.7 billion, which makes it the 19th largest economy in Europe. The average income of its people is $86,988. Most of the GDP comes from the service sector and the industry sector. The export items are chemicals, barley, and potatoes. The country has a very well-developed banking industry.

Ireland has a wide range of urban, cultural, and natural places for tourists to visit. It is known for its rich Gaelic culture, which brings people there in the winter and summer. The Cliffs of Moher, Grafton Street, Killarney National Park, the Ring of Kerry, Blarney Castle, and the Aran Islands are some of the most popular places to visit. A total of about 11 million tourists visit the country every year. The United States and Europe are where most tourists come from. 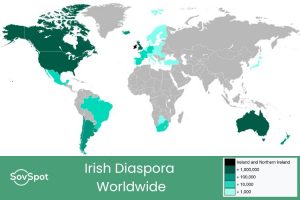 Complete guide to Irish citizenship by descent There are about 32 million Americans and 4.6 million Canadians with Irish roots. If you have an Irish 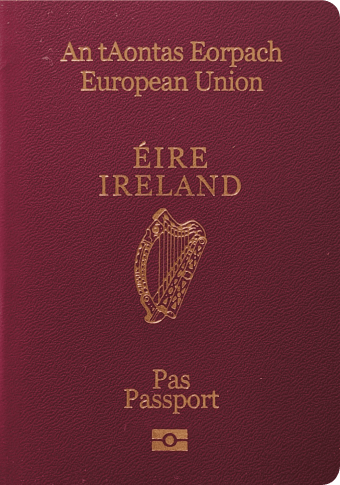 Ireland offers a number of different residency visas, each of which has its own set of requirements and benefits.

Ireland is one of the EU nations that allows citizenship by descent till the third generation. If you meet the following requirements, you may apply for Irish citizenship:

To submit a successful application for Irish citizenship by descent, you must first register your birth in the Foreign Births Register. You can then continue with the remainder of the application procedure.